The Saamana editorial states that the government is ‘business as usual’ and has failed on the Pakistan front. 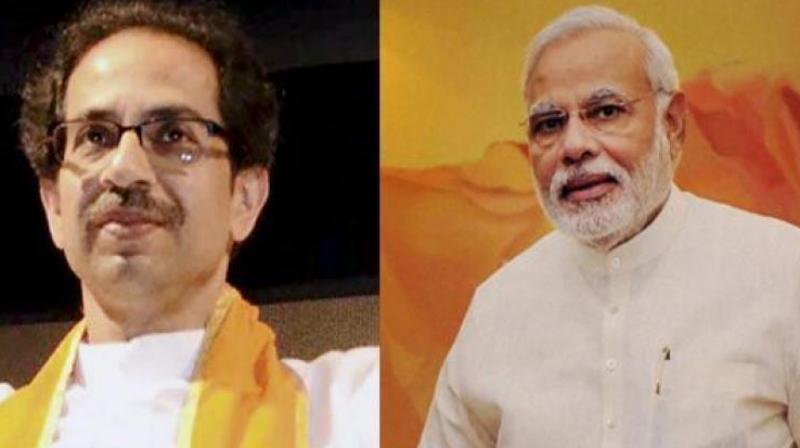 The Sena in an editorial in party mouthpiece Saamana, asked status of the assurance given by Mr Modi before he was elected to the post of PM. The Sena editorial states that the government is ‘business as usual’ and has failed on Pakistan front.

“Pakistan Army’s chief said that the country will take revenge of the blood of its soldiers. He also praised the people of Kashmir for fighting against India. This is a pattern of Pakistani army. It keeps talking and acting against India. So, the days of being soft towards Pakistan are over,” said the editorial in Sena mouthpiece.

It further states, “The question is about our behavior. When will we wake up and act against these anti-India statements? These statements are a result of ‘Chai Pe Charcha’, which our leadership does with its Pakistani counterpart. Rulers of the day hold first Prime Minister Jawaharlal Nehru responsible for the Pakistan issue. Then what is the difference in action between them and Mr Nehru.”

Reminding Mr Modi about his poll promise to make Pakistan occupied Kashmir (PoK) a part of India prior to the 2014 Lok Sabha elections, Shiv Sena MP Sanjay Raut said, “The manner in which the Pakistan Army chief has threatened, the Prime Minister and defence minister should be asked questions about it. Before the elections (2014), BJP and Mr Modi had said that they will make PoK a part of India. We would like to ask the PM about it (his poll promise).”