The unavailability of light, fans and computers, hinders their intense research work. 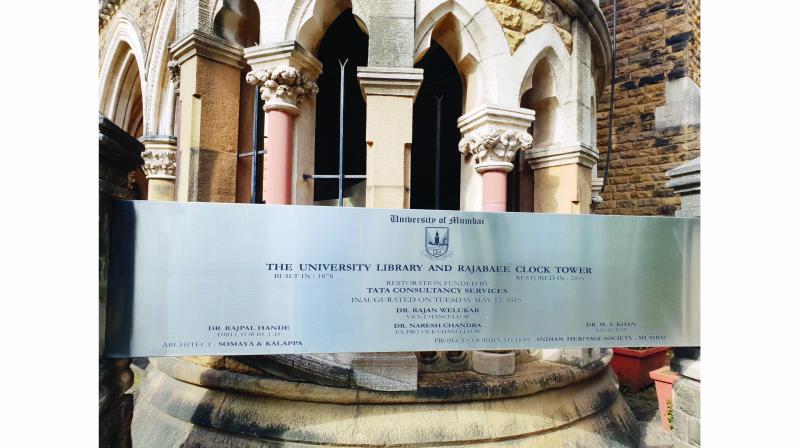 Mumbai: LLM and MPhil students suffer the most due to the shoddy state of affairs at the University of Mumbai’s (MU) Rajabai Tower And Library Building.

According to students, the unavailability of light, fans and computers, hinders their intense research work. Access to the library becomes difficult due to its timings especially during examinations and research submissions.

“Until the last academic year, during the exams, the library used to be open until 8.30 pm i.e., two hours longer than the usual closing time, but this year stopped that too. When we requested them to keep it open at least during the exams, they made excuses such as lack of funds to pay the staff overtime,” said a student.

Research students also face similar problems. An MPhil student said books and reports play an important role while doing research work or making a thesis. “For research, we usually need a huge load of books dealing with various topics. Using the card-finder system, it takes 30 to 40 minutes to find the book’s section in the library. A computerised system or devices would make our work easier,” said the student. Students also complained that the lamps at the tables had been removed and the bookshelves were full of dust, as the library’s officials did not bother to get them cleaned.

When contacted, a senior official at the MU’s Fort campus said, “Digit-alisation of the library is a long-pending project. We are on it, and we will try to provide all the facilities the students need for their academic year.”