Rs 3.8 crore was spent on renovation, but it lacks basic facilities. 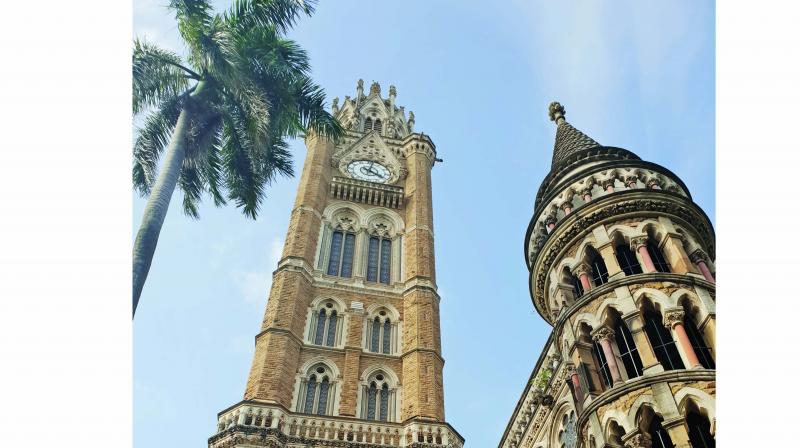 The shape of the tower is square from the ground level to the top of the first level where situates a gallery. The tower assumes the shape of an octagon.

Mumbai: The University of Mumbai’s (MU) Rajabai Tower And Library Building has still not been digitalised and lacks the most basic facilities despite Rs 3,87,54,422 being spent for its ‘renovation and beautification’. From the absence of a single computer to lack of proper lighting for students, the 140-year-old library constructed by Sir George Gilbert Scott, an English architect, is only a masterpiece from the outside, students feel.

In 2015, MU signed a Memorandum of Understanding (MoU) with Tata Consultancy Services (TCS) for the restoration of the library. As per a TCS press release, the work undertaken involved ‘strengthening the structure, stone cleaning and consolidation, repairing the damaged parts of the structure, removal of biological growth and upgrading the services’.

Shomit Salunkhe, a professor of Law and MPhil student, said, “I’ve been around this library for years. Even after sending so much money, there is really no visible changes to it.” He added, “We (students) have sent more than 14 letters to the Vice-Chancellor addressing the problems inside the library, but there has been no proper response. There were so many promises and assurances made before the redevelopment, but nothing has happened.” 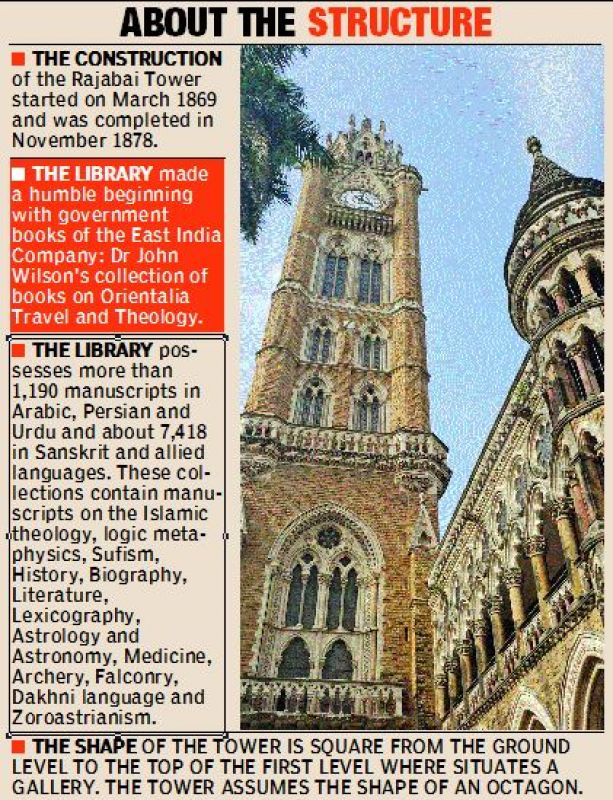 When The Asian Age visited the library on Saturday, it was found that none of the tables had lamps or any kind of light sources. The existing lamps were ejected and every second table had a table fan for the students. The library, which does not even have Wi-Fi, Internet facilities or CCTV cameras, has close to 7.51 lakh books, as per the MU’s official website, but still sees students resort to the card-finder system when in search of particular books. Under this labyrinthine system, librarians put information about the books on cards that are filed in cabinets called ‘card catalogues’. “With such a large number of books, it becomes difficult to look for specific ones. This is experienced especially during examinations or class hours when you need a book,” said a student who was present in the library. He added that the cabinets were full of dust.