The buildings are approximately 40-50 years old and hence are in need of redevelopment since long. 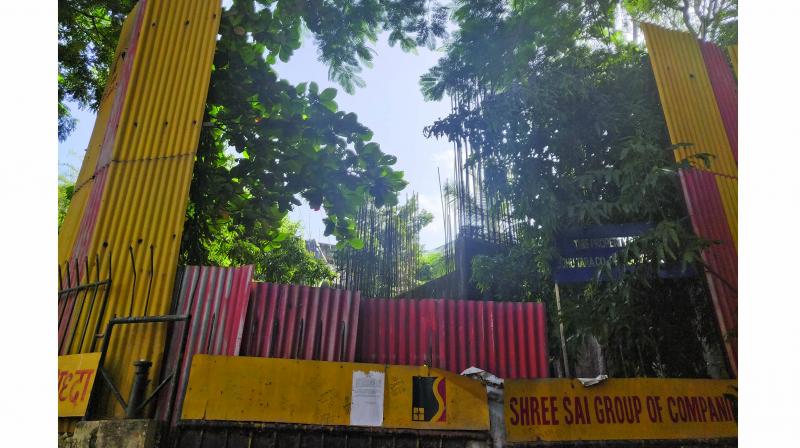 While some of the residents have been struggling from last 14 years to get a NOC.

Mumbai: Even after President Ram Nath Kovind passed the policy for redevelopment recently, approximately 200 buildings in Juhu have been left in the lurch with no redevelopment since the defence ministry has not been giving residents a No Objection Certificate (NOC) for the same.

A land parcel owned by ministry of defence falls in Juhu which was earlier used for signalling activities by the Navy, however now the station is dysfunctional. The aforementioned buildings are located within 500 yards of the boundary wall of the land.

After the Adarsh scam, the Centre came up with guidelines in 2011 which put a blanket ban on construction activities within 500 yards of the defence land. “The officials are not following the 1976 notification which permits construction within the distance of 457 meters from the base of the station. If calculated from the base, 90 per cent of the buildings are not in the sensitive zone,” said Santosh Sawant, head of Juhu Wireless Affected Residents Association (JWARA). 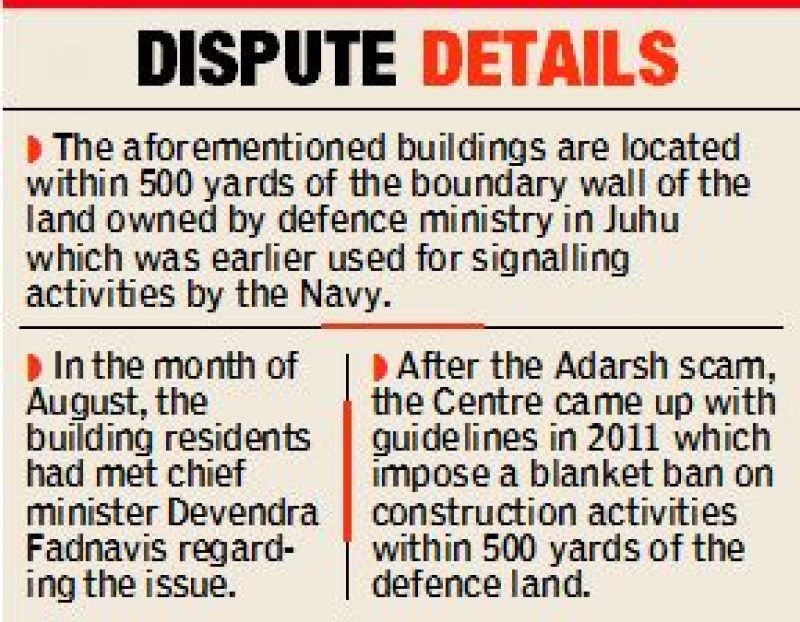 The association has been pressing to measure the distance from the base of the station rather than the boundary wall. The residents last month had a meeting with chief minister Devendra Fadnavis regarding the issue but have not received any response yet.

The buildings are approximately 40-50 years old and are in need of redevelopment since a long time. “Nearly 37 extremely dilapidated buildings were vacated in the recent past but no redevelopment has been allowed,” added Mr Sawant.

“The defence ministry has informed that they are going to come up with a list scrutinising the structures which are more security sensitive and then decide on the permissions. Both Navy and Airforce will work on the list and release it soon,” said Kirit Somaiya, BJP MP.