Doctors operated on the testes and administered test-osterone injections. 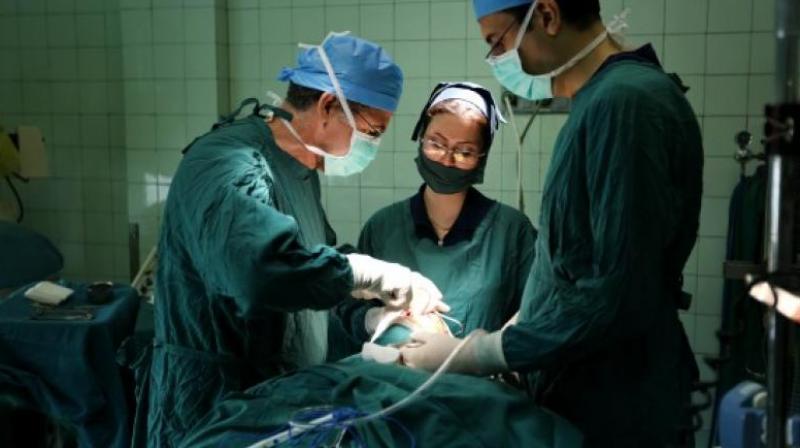 The doctors conducted the first round of the surgery, which lasted for three hours, and the rest of the procedure will be decided on the basis of medical evaluation. (Photo: Representational Image/ AFP)

Mumbai: A five-year-old child from Beed has undergone gender reassignment surgery (GRS) at state-run St. George Hospital. The case is similar to that of Lalit Salve, a constable from Maharashtra’s Beed district, who underwent the procedure in May.

The doctors conducted the first round of the surgery, which lasted for three hours, and the rest of the procedure will be decided on the basis of medical evaluation.

The child was born with male genitals but exhibited female characteristics. The family could consider reconstruction surgery after the hospital extended a helping hand.

Doctors said that the child would be on a liquid diet for a couple of days and discharged in a few days. Dr Madhukar Gaikwad, medical superintendent of the hospital, said, “Our doctors performed the first round of the surgery. The doctors operated on the right side of the testes and gave the child testosterone injections.”

The child’s father, Sayyed Mohammad Khan, said, “The doctors who were present at the delivery time stated us that the child is a girl. But, two years later, we noticed that her genitals looked different.”

A genetic test later confirmed that the child was male. “Since 2014, we have known that he was a boy, but we didn’t have that much money and we were afraid to take a call,” said Mr Khan.

However, earlier this year, when Mr Khan met Mr Salve and came to learn about the operation, he immediately approached the hospital. “Meeting Salve gave me the confidence to approach doctors at Hospital,” Khan added. The child’s father, Mohammad Khan, 39, a truck driver said he was happy the surgery.