Prison in Sangli with 370 inmates inundated

While the authorities were busy evacuating inmates, two prisoners tried to escape from the prison and were later apprehended. 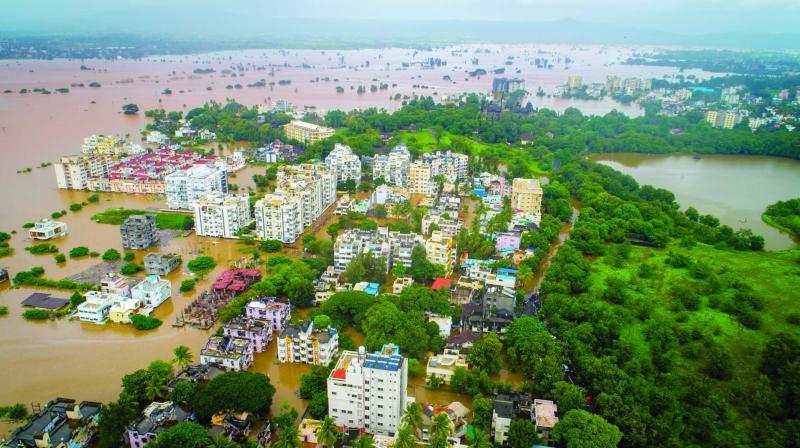 Mumbai: The flood situation in Sangli has worsened to the extent that the district jail premises, which houses around 370 inmates, got inundated on Wednesday.

Due to the accumulation of water on the ground floor, authorities had to shift prisoners to its upper floors, said an official from the district prison.

While the authorities were busy evacuating inmates, two prisoners tried to escape from the prison and were later apprehended.

“Currently there is nearly knee-level water in barracks on the ground floor. We have shifted all inmates to barracks on the first floor. There was no need to shift inmates outside the jail,” additional director general (Prisons) Sunil Ramanand said.

Around 1.32 lakh flood-affected people in Pune region comprising of Pune, Satara, Solapur, Sangli and Kolhapur were shifted to safer places, Pune divisional commissioner Deepak Mhaisekar had earlier said. “Sixteen deaths in rain and flood related incidents were reported from western Maharashtra in last one week. The situation continues to remain grim in Sangli and Kolhapur,” said an official from the district. Around 53,000 people were evacuated in Sangli along with 51,000 in Kolhapur and 13,000 in Pune. “The road communication between Sangli and Kolhapur and between Kolhapur and Belgaum (in Karnataka) has been affected,” Deepak Mhaisekar told a news agency, while advising people to avoid travelling by Mumbai-Bengaluru national highway (NH 4).