There was a buzz that party may abstain from voting. 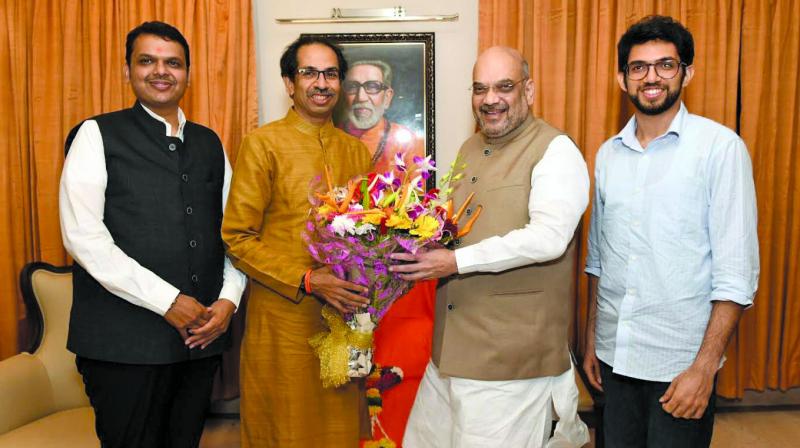 Talking to the reporter on Wednesday, Sena Rajya Sabha MP, Sanjay Raut said, “Amit Shah called up Mr Thackeray and requested to support NDA candidate. Our support is to JD(U) candidate as the post of Rajya Sabha chairman or deputy chairman is apolitical. We have informed Nitish Kumar as well as BJP leadership.”

There was a buzz that Sena may abstain from voting. Sources said that decision was dependent on the candidate of the opposition parties. It was being said that NCP’s Sharad Pawar was exploring the option to put his MP Vandana Chavan as the opposition candidate in this election. It could then have become difficult for Shiv Sena, which had abstained from voting on the no-confidence motion in the Lok Sabha, moved by the Opposition in July against the Narendra Modi led BJP government, to not vote for Ms Chavan on the ground that she is a Marathi candidate. However, the NCP decided not to contest the election after it became clear that the NDA candidate would win the election after Biju Janata Dal (BJD) extended its support to Janta Dal (United) candidate.

BJP has decided to give the deputy chairman post to Nitish Kumar, JD(U). Its MP, Harivansh Narain Singh would contest as NDA candidate for the post. Mr Singh is a first-timer in the Upper House and a former editor of Hindi daily Prabhat Khabar. He is considered close to Bihar’s chief minister Nitish Kumar. As NCP has pulled out itself from the contest, Congress has chosen B.K. Hariprasad as the Opposition candidate. The post of RS deputy chairman is lying vacant since June, after Congress’s P.J. Kurian retired. The election will take place on Thursday. The current strength of Rajya Sabha is 244 and the winner will have to secure 123 seats from them.