The stretch will be partly unsupported and officials revealed that this will be first of its kind in the country. 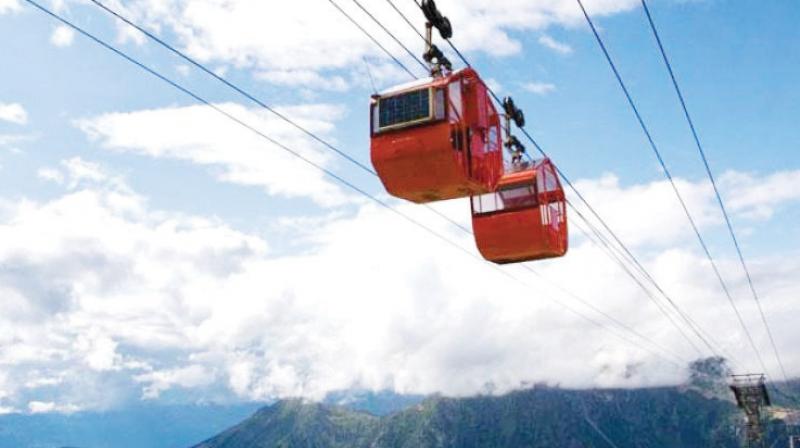 Mumbai: The second phase of Neral-Matheran ropeway which will begin from Garbett Point to Matheran will be built using a unique single span technology to avoid much usage of forest area.

The stretch will be partly unsupported and officials revealed that this will be first of its kind in the country.

The 1.7 km second phase of Matheran-Bhutivali ropeway will connect the Garbett point to Madhavji Point, Matheran.

The adoption of the new  technology would bring down the cutting of trees significantly and would be the first of its kind in the country.

The Jigback technology is considered very safe and comprises of two carriers travelling in opposite directions and thus balancing each other.

The company plans to use the single-span technology to cross a valley as there won’t be any towers in between.

There would be no need to erect any towers in between the stretch except for two towers at both ends.

Also known as the tri-cable technology, each cabin will be able to carry 60 passengers with luggage.

At present, visitors take the toy train to Matheran or travel upto Dasturi and reach Matheran on foot, horseback or pulled rickshaws only.

Presently, the project is facing trouble getting clearance from the forest department.

An official from Managlore Refinery and Petrochemicles Limited (MRPL) said, “The collector had sent in the papers mentioning the required land as protected, while the forest department says it is reserved. This error has caused the delay.”

Atleast five hectares of forest land needs to be diverted.