The high court also observed that the food items inside multiplexes are priced exorbitantly, and multiplexes compel people to eat junk food. 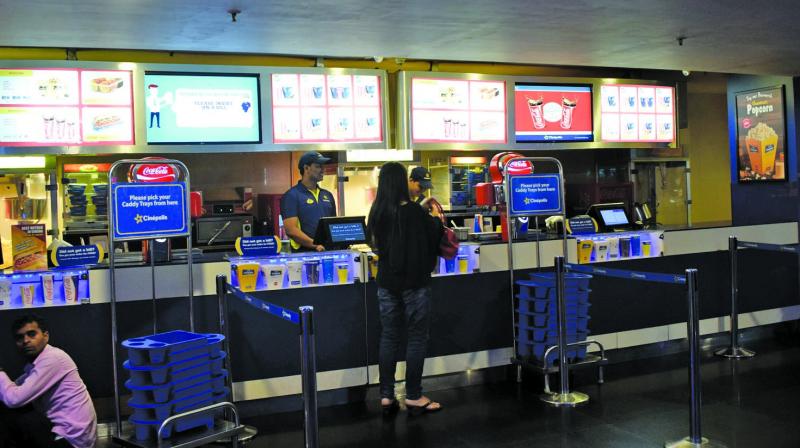 File picture of food court inside Cinepolis in Thane.

Mumbai: Questioning the decision to not allow outside food in multiplexes, the Bombay high court on Wednesday told the Multiplexes Owners’ Association (MOA) that selling food was not their business.

The high court also observed that the food items inside multiplexes are priced exorbitantly, and multiplexes compel people to eat junk food.

The court dismissed the argument of senior advocate Iqbal Chagla, representing the MOA, that one could not cite his fundamental right to seek that he or she be allowed to carry food inside theatres.

A division bench of Justice Ranjit More and Justice Anuja Prabhude-sai was hearing a PIL filed through advocate Aditya Pratap, seeking that the prohibition on outside food in multiplexes be revoked.

On Wednesday, during the hearing Iqbal Chagla senior counsel representing MOA said, “multiplexes have already started providing free drinking water to the people who visit cinema halls. And the prices of all food items and beverages sold there have recently been reduced by 20 per cent.”

The court, however, noted that the association could not compare restaurants with multiplexes.

“We are only on the issue of security, explain us what are the security problems that a person can cause by carrying food items from home into a multiplex,” the court said.

“The food sold inside multiplexes is priced exorbitantly. Also, by prohibiting people from carrying food from home, you are compelling entire families to consume junk food,” the court added.