Vibrations caused by explosions at the BPCL plant were felt till 4km from the plant. 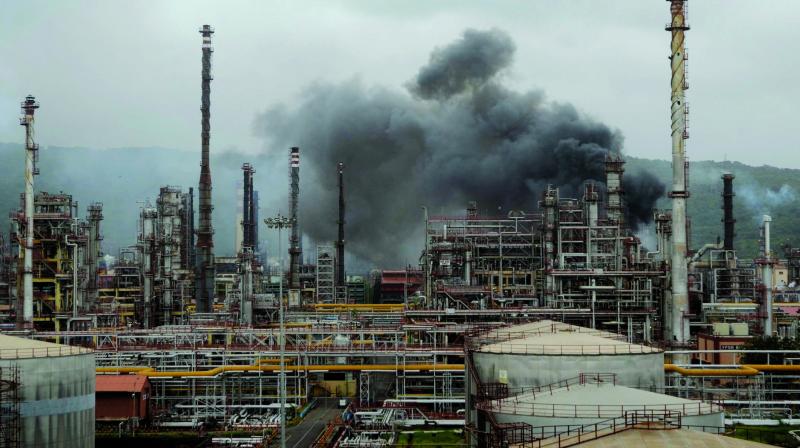 Mumbai: Residents in Mahul and nearby villages were in utter state of shock and panic after the huge blast in the Bharat Petroleum Corporation Limited (BPCL) refinery on Wednesday.

Vibrations caused by explosions at the BPCL plant were felt till 4km from the plant. The blast has once again showed that we are living on the edge and it can be curtained any time.

The blast caused tremors in Mahul, as well as nearby areas like Gavanpada, Aanik, Vishnu Nagar etc. After the explosion, the scene outside the refinery was utter chaos.

Anil Kumar, who works at the BPCL plant said, “Everything was in pieces around the blast site. A sheet of metal scraped my leg. We have no idea how it occurred.”

It was no different with the local residents. Raju Sonawane, who lives in Gavanpada, said, “I had just finished my lunch when our house was shaken vigorously with the sound. There was chaos everywhere. We saw flames and smoke coming from the nearby refinery.”

The anger was evident as irate residents from 72 Mhada buildings, who have been rehabilitated close to the refinery, raised slogans against the government outside the plant.

The refineries in this area should be closed immediately. The pollution coming out from them has made our life hell. The blast in BPCL refinery has once again proved that we are staying here on a active volcano, said a resident,  Aasha Sansare.