The woman was intercepted based on her profiling as a frequent flyer found to take short halts in the city before returning. 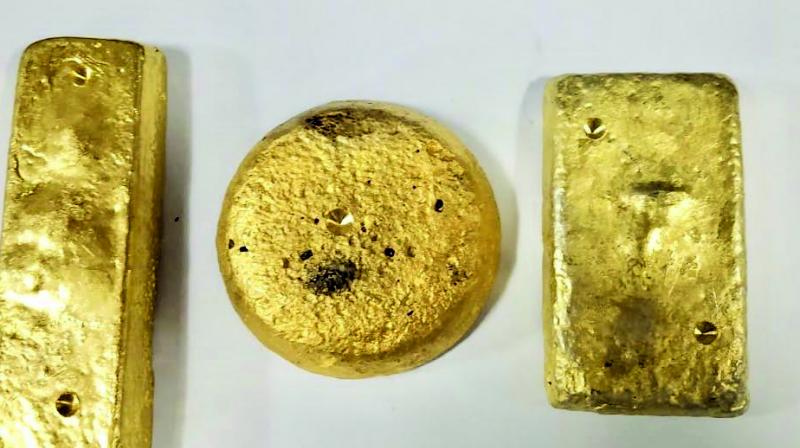 Mumbai: The air intelligence unit (AIU) of Mumbai customs on Tuesday intercepted a Sudanese woman and seized smuggled gold worth Rs 71.48 lakh from inside her pair of leggings.

The woman had travelled to Mumbai from Khartoum in Sudan via Addis Ababa in Ethiopia from where she is suspected to have picked up the parcel.

The woman, Eman Alsiddig Yassin Mohamed, was carrying two rectangular and one round piece and a small melted bar of gold, collectively weighing 2902 grams.

An AIU officer said, “The accused woman had concealed the gold bars inside her black, maroon and white leggings in a bid to evade customs’ officials. The said items were however found and seized as per the provisions of the Customs Act.”

The woman was intercepted based on her profiling as a frequent flyer found to take short halts in the city before returning.

Her unexplained short trips forced them to check her luggage for possible smuggling, said AIU officials. Following the seizure, the AIU recorded the statement of the accused woman who confessed to the crime. Soon after, she was placed under arrest as per the provisions of the Customs Act.

Further investigation is underway for leads on the woman's handler and receiver of smuggled gold. In the recent past, the AIU has intercepted half-a-dozen Sudanese women acting as carriers for unknown persons. Investigators said that there has been a rise in the number of Sudanese nationals, mainly women, in smuggling.