According to the BMC, metro-project officials have responded positively. 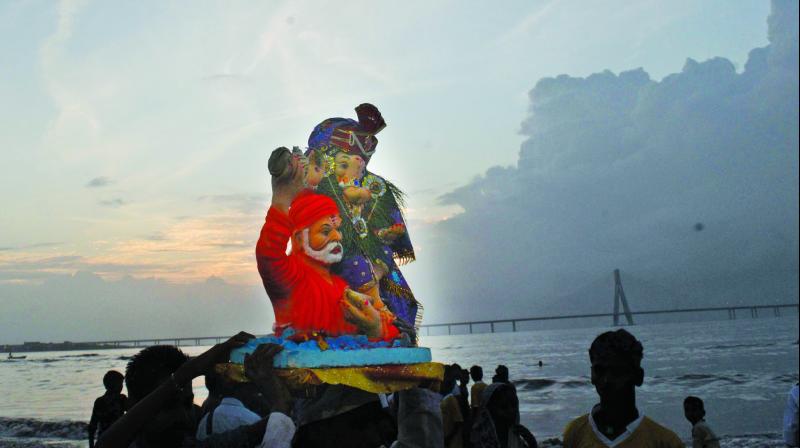 The committee has urged to mandals to bring in the Ganesh idols on public holidays.

Mumbai: Brihanmumbai Sarvajanik Ganeshutsav Samanvay Samiti (BSGSS) has asked the BMC to ensure that the ongoing work on the metro corridor projects must be halted on the day the Ganpati idols are brought to the pandals as well as ‘visarjan’ days to avoid traffic congestion and inconvenience to devotees. According to the BMC, metro-project officials have responded positively and assured that the necessary adjustments would be done from their side.

“In the meeting held on Tuesday with civic officials, we requested that the metro work that is going on in various areas of the city, be halted on ‘visarjan’ dates and on the day when the idol is brought to different mandals,” said Naresh Dahibhavkar, president of BSGSS. The request has been made to avoid hassles on the arrival and departure of idols, as a large number of devotees gather on the streets to worship the idol. The civic ward officer of ‘D’ ward, Devidas Kshirsagar acknowledged the request and assured that necessary arrangements would be made. “We have conveyed the request to concerned metro officials and they have responded positively. They said the matter will be taken seriously and necessary arrangements will be made,” said Kshirsagar.

Meanwhile, the committee has urged to all mandals of the city to bring in the ganesh idols on public holidays so as to avoid traffic chaos and other inconvenience.