Due to low visibility and heavy showers, the flights were asked to hold the operations till the weather improves, according to officials. 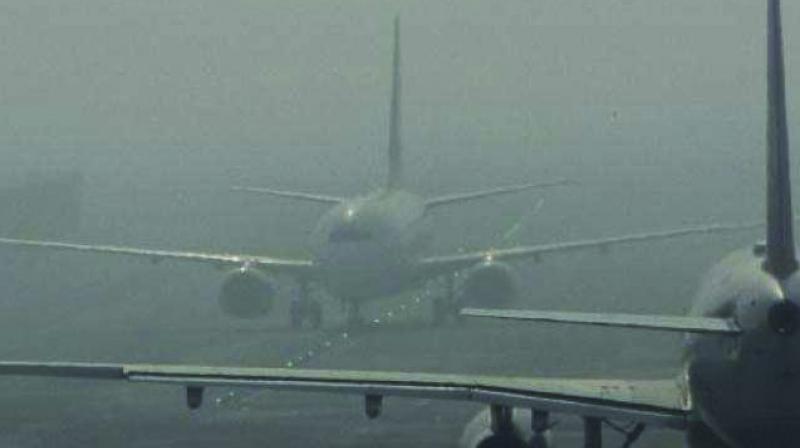 Flight operations at Mumbai International Airport were suspended due to low visibility.

Mumbai: The heavy downpour in Mumbai since Monday morning led to delay in flight operations to and from Mumbai International Airport Limited (MIAL). While the flight services in airport were obstructed due to poor visibility, MIAL officials claimed that no flights were cancelled in the morning. However, as the intensity of rains increased during the evening three flights to Mumbai and eight departing flights were cancelled. Also, six were directed to go-around and three flights were diverted.

Due to low visibility and heavy showers, the flights were asked to hold the operations till the weather improves, according to officials. “Due to heavy rains, the visibility is changing every minute. Since 9.15 am, the visibility at the airport is fluctuating. There is a delay due to weather. No cancellation as of now but three flights were diverted,” read a tweet by the Public Relations Officer. Meanwhile, airlines like Indigo, SpiceJet, Vistara issued warnings to the passengers regarding checking the status of their scheduled flights.

“#WeatherUpdate Due to bad weather at Mumbai (BOM), all departures/arrivals and their consequential flights might get affected. The passengers are requested to keep a check on their flight status,” SpiceJet tweeted.