The meeting, which took place at Khan’s house in Bandra, lasted for 30 minutes. 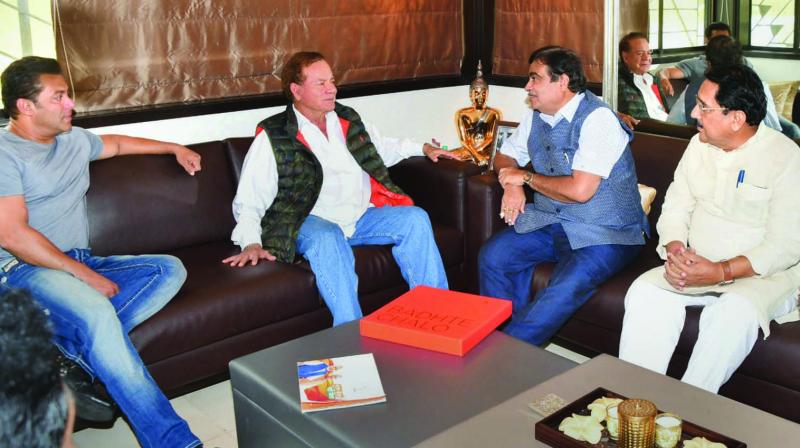 During the visit, Mr Gadkari presented to Salim Khan some booklets highlighting the achievements of the Modi government in the last four years. The meeting, which took place at Khan’s house in Bandra, lasted for 30 minutes.

“Met Sri Salim Khan ji and Salman Khan as part of ‘Sampark for Samarthan’ campaign. Have discussed the achievement and initiative of Modi government in last 4 years,” the Union minister tweeted after the meeting.

The campaign was launched to mark the four years of Modi government last month. As many as 4,000 functionaries of the party will contact one lakh people, who are recognised names in their fields, to inform them about the government’s works during its four year tenure.