Ajoy Mehta had held a meeting of top civic officials and those from the IMD on Thursday, in view of the weather forecast. 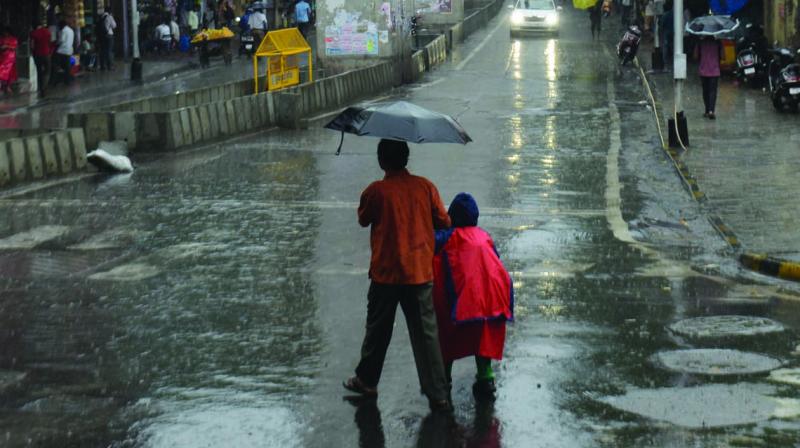 IMD has predicted heavy rain in city over the weekend

Mumbai: The monsoon will remain active vigorously over coastal Maharashtra, including Mumbai and north coastal Karnataka in the next 24 hours. The Indian Meteorological Department (IMD) has forecasted heavy to very heavy showers over Mumbai between Saturday to Monday. According to Skymet weather, a private weather agency, the northern limit of the monsoon was passing through Ratnagiri, Nanded and Solapur in Maharashtra on Friday.

An IMD statement said that conditions were favourable for the further advancement of the southwest monsoon into more parts of the central Arabian Sea and Maharashtra, including Mumbai, during the next 24 hours.

“Increased rainfall activity over coastal Karnataka, Goa and south Maharashtra is likely to continue till June 10. It is very likely to extend to north coastal Maharashtra, including Mumbai, from Saturday,” read the statement

According to IMD, winds with speeds ranging between 40 kilometres per hour to 60 kmph, were likely to be witnessed along the coasts of Goa and Konkan during the specified period. “Extremely heavy rainfall at isolated places in these regions is also very likely during this period. The rainfall over these regions is likely to reduce from June 12, the statement informed.” said a senior IMD official.

Earlier, municipal chief Ajoy Mehta had held a meeting of top civic officials and those from the IMD on Thursday, in view of the weather forecast.