BMC gears up to take action against plastic offenders. 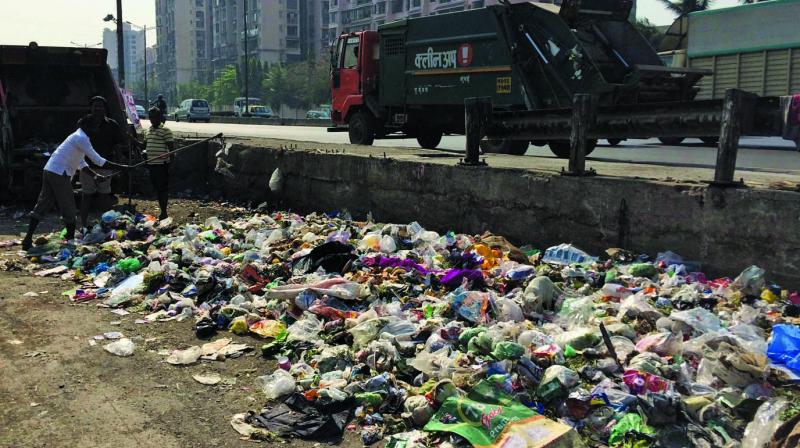 The deadline for the plastic ban is June 23

Mumbai: With the June 23 deadline for implementation of the plastic ban fast approaching, the Brihanmumbai Municipal Corporation (BMC) is gearing up to take action against offenders. It has formed special teams of inspectors to carry out surprise visits to look for banned plastic in their areas.

Civic employees from three departments – market, license, and shops and establishments – have been selected for these teams and are currently being given authority letters for taking action. A top civic official said, “The list of inspectors who will be given the authority to take action  will be displayed on the BMC portal. They will be allotted specific wards for taking action.”

According to the Maharashtra Plastic and Thermocol Products (Manufacture, Usage, Sale, Transport, Handling and Storage) Notification, issued on March 23, 2018, the state government has banned the manufacture, usage, storage, distribution, wholesale or retail sale, import and transportation of all kinds of plastic bags (with or without handles); single-use disposable items made of plastic and thermocol including dishes, cups, plates, glasses, forks, bowls, spoons, straws, containers, non-woven polypropylene bags, pouches to store liquid, plastic to wrap or store products and packaging of food items; and small PET and PETE bottles having capacity of less than half a litre across the state. It has also declared a fine of Rs 5,000 and Rs 10,000, respectively, for first and second time offenders. Third-time offenders will be fined Rs 25,000 and sentenced to three months’ imprisonment.

The civic body has collected 137 metric tonnes of banned plastic from collection bins and dry waste collection centres from April 1 to May 31. According to civic data, the highest amount of plastic was collected from Bandra (H/W ward) with 30 MT, followed by Tardeo (D ward) with 20 MT and Marine Lines (C ward) with 16 MT. The lowest collection was from  from Mankhurd and Govandi (M/E ward).