MSRDC had decided to start the work from April 20, asking for three months to complete the same. 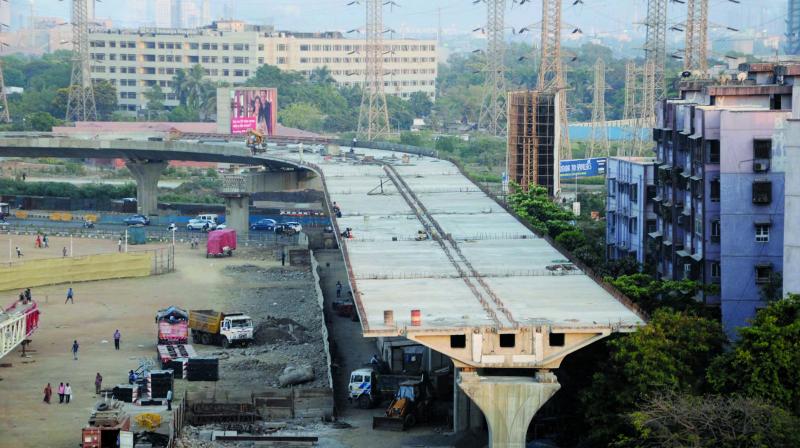 Mumbai: Preliminary work for the Sion flyover has started Monday, with measurement of the shock absorber bearing currently underway. This assumes significance as the present bearings had been bought from three different companies.

The measurement work will take a couple of days after which the actual work will start, during which time the flyover will be closed to traffic.

A total 126 bearings will be replaced, and care will be taken this time to procure all 126 shock absorber bearings from the same supplier.

“The present shock absorber bearings used in the Sion flyover have been bought from three different companies so they require proper measurement to be taken,” said one of the workers.

“To reach the bearings up there is quite challenging. The measurement has to be very accurate and we have to stretch ourselves to measure the bearings,” he added.

The traffic police is supporting the measurement work.

According to an officer from the Maharashtra State Road Development Corporation (MSRDC), the order has been placed a being manufactured.

MSRDC had decided to start the work from April 20, asking for three months to complete the same.