Milind Ekbote is an accused in the Koregaon-Bhima case of caste riots, which erupted on January 1, 2018. 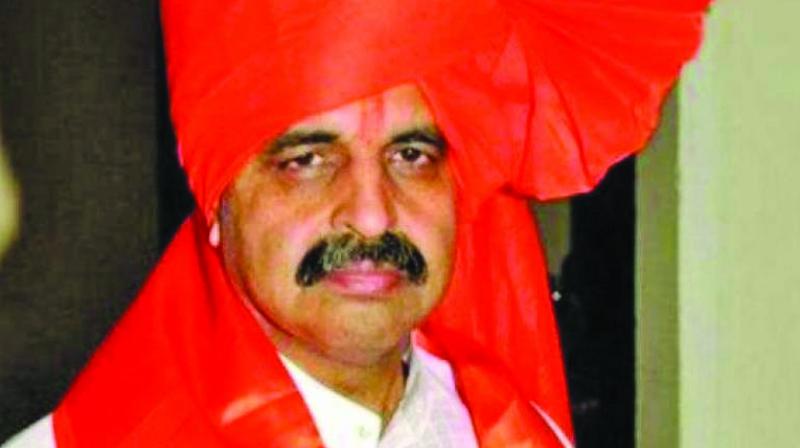 Mumbai: At least 40 persons have been booked in connection with an assault on right-wing activist Milind Ekbote, who has lodged a police complaint alleging that; some ‘cow vigilantes’ in Pune district beat up him and his supporters. Mr Ekbote is also an accused in the Koregaon-Bhima riots case.

Mr Ekbote has lodged a complaint with the Saswad Police against 40 to 50 people and one Pandit Modak, who runs a ‘gaushala’ in the area, on the attacks which took place at Zendewadi village around 10.30 pm on Tuesday.

In his complaint, he said he was beaten up by a large group of around 50 persons near Saswad when he was attending a programme to commemorate the death anniversary of Sadguru Sitaram Maharaj late that evening.

“Mr Ekbote had written a post on his Facebook page against Mr Modak in connection with the functioning of the his gaushala which apparently upset the latter. When Mr Ekbote went to Zendewadi to attend a programme, Mr Modak along with his supporters went there to seek an explanation from him over the post. This led to an argument following which supporters of both Mr Ekbote and Mr Modak indulged in a scuffle,” Saswad police station's inspector Annasaheb Gholap said.

Policemen who were already present in the temple premises immediately intervened and brought the situation under control, the official said.

Mr Ekbote, who is president of Samasta Hindu Aghadi, a right-wing organisation, is an accused in the Koregaon-Bhima case of caste riots, which erupted on January 1, 2018, for allegedly inciting violence, atrocities against Dalits and other charges.