In a hat-trick, no bidders for sea-link again

According to the bid condition, the toll operator will have to install solar panels on the sea link. 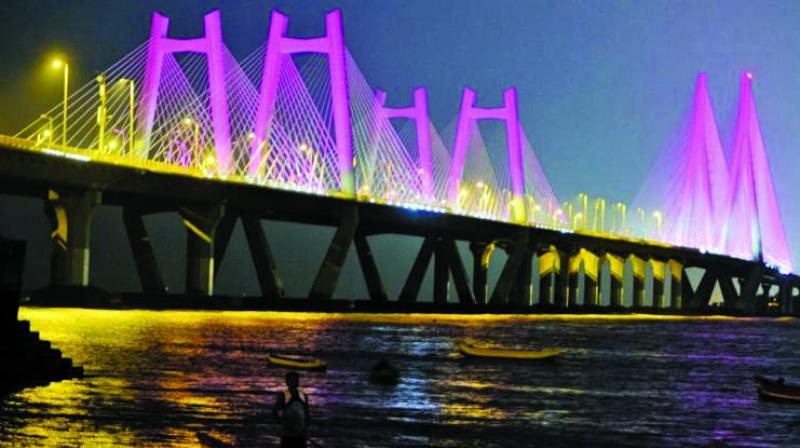 Despite floating bids thrice, the MSRDC has received bid from only Mumbai Entry Point, which is already operating the sea-link.

Mumbai: It seems that no one wants to operate and maintain Bandra-Worli Sea Link (BWSL). Despite floating bids for three times, the Maharashtra State Road Development Corporation (MSRDC) has received bid only from the Mumbai Entry Point (MEP), the company which currently operates the sea link. This comes after the MSRDC called for bidding third time to make it competitive, but it has not found no new takers.

Currently, the MSRDC earns about Rs 1.50 crore per week in the toll from the BWSL, on which around 35,000 vehicles ply on it every day. MEP has been collecting toll on the 5.6-km sea link on a weekly upfront basis ever since it was opened to traffic in 2009.

Dilip Salunkhe, chief engineer, MSRDC said, “We have for the third consecutive time got only one bid which is by MEP for the operation and maintenance of the BWSL. We have not opened their financial bid and will refer the issue to the board of MSRDC. The board will take a final call as to whether we should go for a fourth call or reappoint MEP.”

According to the bid condition, the toll operator will have to install solar panels on the sea link. It will bring down the power bills and pave the way for green energy. According to MSRDC, there has been a poor response from bidders since the traffic on the BWSL has not increased much.

Further, MEP’s toll collection rights for the last contract awarded ended in February. The MSRDC has asked for Rs 380 crore upfront payment for the next three years from the company which wants to operate and maintain the BWSL instead of taking it on a weekly basis.