In the notice, the MMRDA has stated that putting posters or dahi handis in the vicinities would constitute an offence. 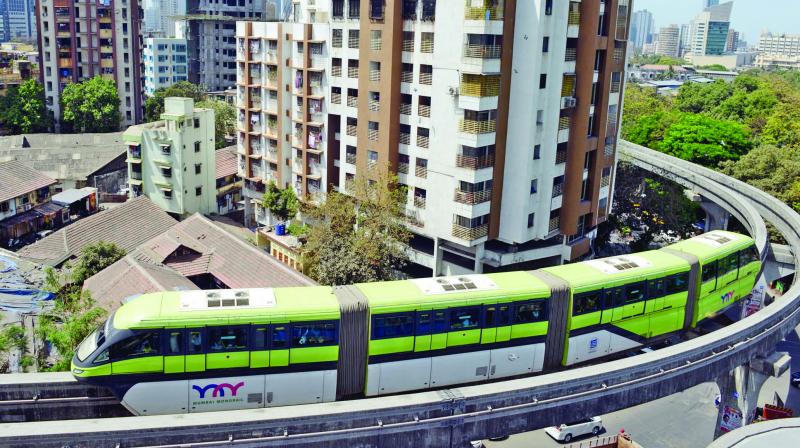 The monorail phase 2 was inaugurated on March 3.

Mumbai: An alert has been issued by the Mumbai Metropolitan Region Development Authority (MMRDA) on monorail phase 2 (Sant Gadge Maharaj Chowk to Wadala) as it carries high-voltage cables.

In the notice, the MMRDA has stated that putting posters or dahi handis in the vicinities would constitute an offence. This route passes through the area earlier known as Girangao (village of mills), which has a predominantly Marathi-speaking population and cultural festivals such as Dahi Handi and Ganeshotsav are prominently celebrated in this part of the city.

Keeping in mind the area and the community residing around phase 2 of the monorail project, the MMRDA has issued the alert. It has been observed that many political advertisements are displayed on the pillars on roads.

Also, as the monorail second phase is new, the people who visit it are seen taking photos and selfies. There are barricades on all the platforms but to make people aware, the alert has been issued, said a security guard from Wadala station.

According to the alert, the monorail guide way beams carry traction power rails on both sides. These are charged all the time with high voltage 750V direct current. If someone comes within not less than 2 metres or brings any metallic object close to these rails, the guide way beams can be fatal.

If any vehicle of height more than 5.5m or moving cranes are seen in close proximity of these beams or any person is seen putting posters on them, they will be punished. “Persons or companies found violating rules will be prosecuted,” said an officer on condition of anonymity.

The monorail phase 2 was inaugurated on March 3.