Centre and JICA in a tussle

The Centre wants the metro coaches to be manufactured in India, though the contract would be awarded to international companies. 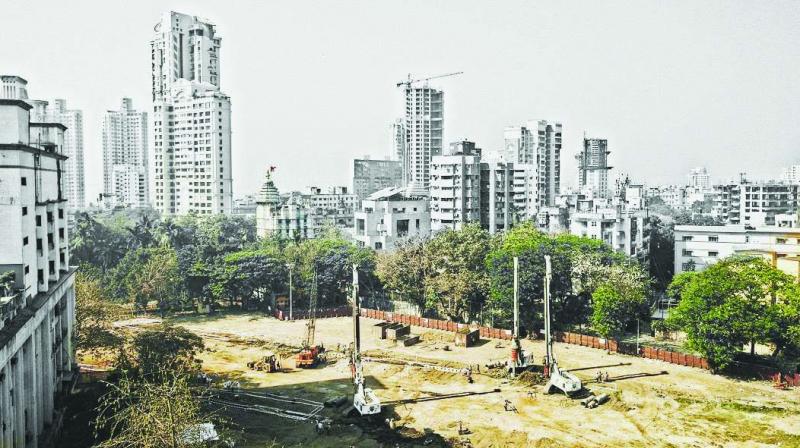 The Seepz-Bandra phase is expected to commission by 2020 followed by Bandra-Colaba phase in 2021, provided there is no delay in the project.

Mumbai: The Central government’s ‘Make In India’ initiative is facing a hurdle in the procurement of rolling stocks (coaches) for the 33.5-km-long Colaba-Bandra-Seepz Metro-3 underground corridor for which civil work has already begun. It is the tussle between the Central government that wants 248 coaches for the Metro-3 corridor to be manufactured in India, and the Japanese government’s Japan International Cooperation Agency (JICA) that is funding the project, wanting the procurement procedure to be that of international level.

The Centre, however, wants that though international companies would be awarded the contract, there should be a condition for them to manufacture the coaches in India, a demand that Japanese fund raising agency is not agreeing with. This has resulted into Mumbai Metro Rail Corporation (MMRC), the executing agency, failing to procure coaches despite inviting bids for procurement of in December 2015.

“We had floated the pre-qualification bids for the procurement earlier and in that several big players had shown interest, but the Central government’s demand of manufacturing coaches in India did not go down with JICA. The claim loan agreement signed has a clause of conducting international bidding but did not have any clause mentioning manufacturing would be done in India,” said a senior MMRC official.

The MMRC official, added, “The loan agreement was signed before the Centre came out with its initiative of ‘Make In India’ and hence there was no such clause. We are requesting the Centre to allow us to shortlist the manufacturer and simultaneously we hope that the Central government and JICA would come to a conclusion.”

According to MMRC officials the manufacturing of the coaches would take around 24 months and the delay over procurement might result in delay of the project. MMRC expects to commission the Seepz-Bandra phase by 2020 followed by Bandra-Colaba in 2021. It requires around 31 trains of coaches that can take the total count to 248 coaches. However, Ashwini Bhide, said, “We are on track to procure the rolling stocks for the Metro-3 and the bidder would be shortlisted soon and the coaches would be ready by 2019.”

JICA is funding 57 per cent of the total cost of Rs 23,136 crore for the construction of the city’s first underground Metro corridor. MMRC has to take various administrative decisions related to the project after having a no objection certificate from the JICA.

Meanwhile, an email sent to the JICA India, for its version on the story did not yield any response.