45-yr-old jumps to death from Mantralaya

He was rushed to the state-run St George Hospital, where he was declared ‘brought dead’. 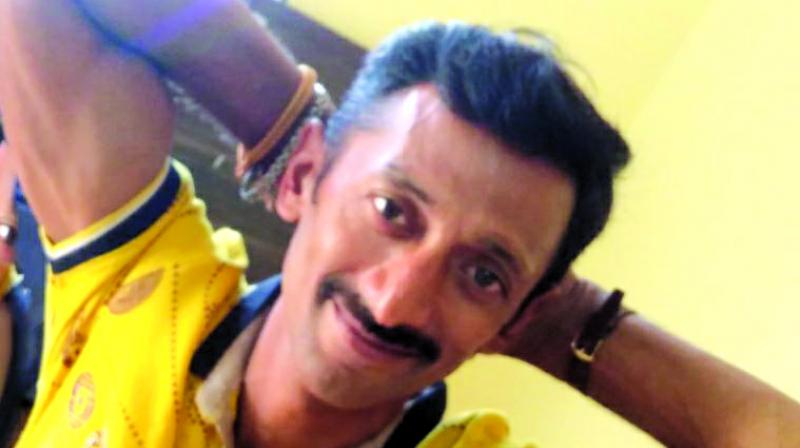 Mumbai: A day after a youth from Ahmednagar tried to commit suicide by pouring kerosene on himself, a 45-year-old man from Paithan, Harshal Raote, jumped from the fifth floor of the main Mantralaya building around 5 pm on Thursday, sustaining severe injuries. He was rushed to the state-run St George Hospital, where he was declared ‘brought dead’.

The police said that the deceased was a Chembur resident and a murder convict on furlough, who had been awarded a life sentence. Raote had been in Paithan’s ‘open jail’ since 2014 for the murder of his sister-in-law and had been arrested by Thane’s Kalwa police. On January 22, a Dhule farmer, Dharma Patil, also made a bid on his life at Mantralaya and died six days later while on Wednesday Avinash Shetye (32) was prevented from immolating himself by police officers present at the site.

According to prison officials, Raote had come to meet certain officials in the law and judiciary department but failed to do so, which might have spurred him into taking the drastic step. His furlough was ending on Thursday, said sources. The police found a suicide note from Raote’s trouser pocket, whichstates, “I have been in jail for several years, I came here to meet officials but nobody met me or listened to my ordeal despite my repeated pleas. I am ending my life as I am very dejected.”

DCP Prashant Khaire (Mantralaya security) said, “As soon as he jumped, our police personnel along rushed to spot and we immediately shifted him in an ambulance.” Asked whether Raote was alive at the time, Mr Khaire said, “ His eyeballs were moving but his body was still; his breathing was low.”

After Raote’s suicide bid, several Opposition leaders had gathered at the spot, including former deputy chief minister Ajit Pawar, Leader of Opposition Dhananjay Munde and MLA Jayant Patil. Mr Pawar asked the police personnel to display the belongings recovered from Raote. On learning the address and phone number of Raote’s residence, Mr Pawar immediately dialled a call from his cell phone, which was picked up by Raote’s father, Suresh, who collapsed after hearing of his son’s fate. Education minister Vinod Tawde had also arrived at the scene.

A senior medical officer at state-run St George Hospital said, “Raote was rushed to the hospital’s casualty ward on Thursday evening. He sustained an abrasion on his elbow but an external examination showed no fatal head injury or physical trauma.” “An autopsy will be conducted to ascertain the exact cause of the death if there was internal bleeding,” he added.