The three pub owner accused were re-arrested on Thursday from the Arthur Road jail. 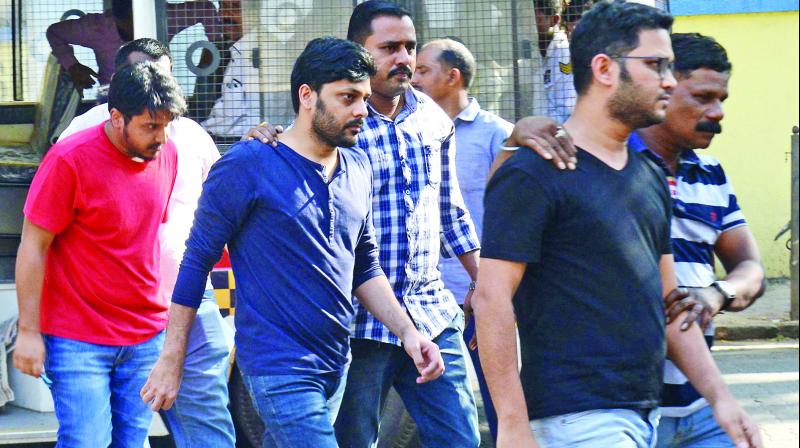 The Sanghvi brothers and Abhijeet Mankar.

Mumbai: Resto pub 1 Above’s owners — Kripesh Sanghvi and Jigar Sanghvi and Abhijeet Mankar  — were arrested by NM Joshi Marg police on Thursday in another case registered against them for not depositing money in the provident fund in their employees account worth Rs 10 lakh. The Sanghvi brothers were in judicial custody in the Kamala Mills fire case that killed 14 persons in December last year.

Police sources said that this is the second case registered against the trio, which was filed on January 19, after a PF inspector and the pub employees approached the police. Upon investigation it was revealed that the trio had not paid their employees the PF amount — a salary component of every employee’s cost to company (CTC).

“The three were re-arrested on Thurs-day from the Arthur Road jail. We brought them to the police station and questioning them regarding the case,” said Ahmed Pathan, senior inspector, NM Joshi Marg police station. The trio were booked under sections 406 (punishment for criminal breach of trust) and 409 (criminal breach of trust by public servant, or by banker, merchant or agent) of the Indian Penal Code and section 14 of Provident Fund and Miscellaneous Act 1952.

They were produced in a Bhoiwada court and remanded in police custoday. Earlier, the court had remanded the trio in judicial custody, along with owners of Mojo’s Bistro.