Section 20 of UAPA provides for maximum punishment for life imprisonment. 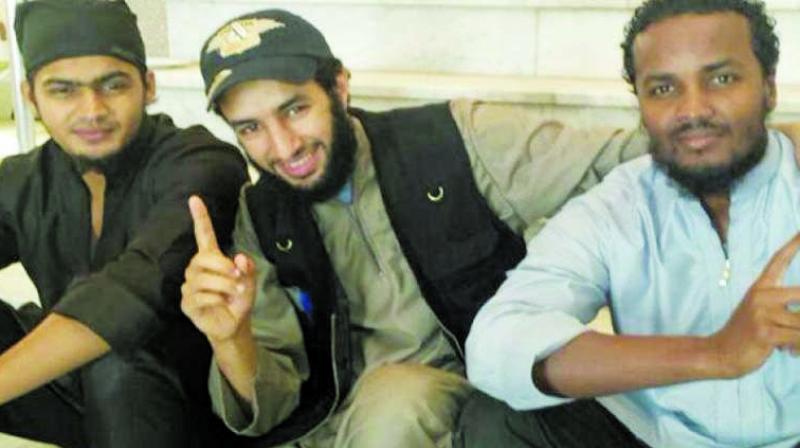 Mumbai: A special NIA court on Wednesday dropped section 20 of the stringent Unlawful Activities Prevention Act (UAPA) pertaining to prosecution against Kalyan youth Areeb Majeed for his membership to an unlawful organisation on the ground that trans-national terror outfit ISIS, whose member he allegedly was, was banned by India after his arrest.

Majeed, who allegedly left India in May 2014 with three other Kalyan youths to join ISIS in Iraq, had returned to Mumbai in November the same year, after which he was arrested by the National Investigation Agency (NIA). The Centre issued the notification proscribing ISIS in February 2015. Section 20 of UAPA provides for maximum punishment for life imprisonment.

Though the section has been dropped, the court retained against Majeed sections 16 and 18 of the UAPA and section 125 of the Indian Penal Code (IPC), which provide for life imprisonment as the maximum punishment. Though sub section (a) of section 16 provides for death sentence too, for that, the prosecution needs to prove that the act of the accused has resulted in the death of any person. The NIA FIR had charged Majeed under section 16 (committing a terrorist act) and 18 (conspiracy for terrorist act) of the UAPA and section 125 (waging war against any Asiatic Power in alliance with the Government of India) of the IPC.

Majeed’s advocate, Mubin Solkar, had argued before the court that Majeed was shown arrested on November 29, 2014 while the Union Government issued notification to declare ISIS a banned organisation on February 16, 2015 and this notification was published in gazette on February 17, 2015. He had further argued that there is no retrospective affect in criminal law and hence, “Even if it was believed that Areeb was a member of ISIS before his arrest, he cannot be booked under UAPA.”

After hearing arguments on the discharge application, special judge V.V. Patil dropped section 20 of the UAPA. The judge observed, “In the present matter the ISIS was not declared a terrorist organisation prior to February 16, 2015, so the charge against the accused for commission of an offence punishable under section 20 of UAP Act cannot be framed.”

In respect to other sections, the judge said, “The overall study of the statement of the witnesses, the scientific evidence, FIR and memorandum of test identification parade lead me to hold that there are grounds for presuming that the accused might have committed the alleged offence, and that there are sufficient ground for proceeding against him.”