The petitioner argued that the ground should not be permitted for any activity other than sports. 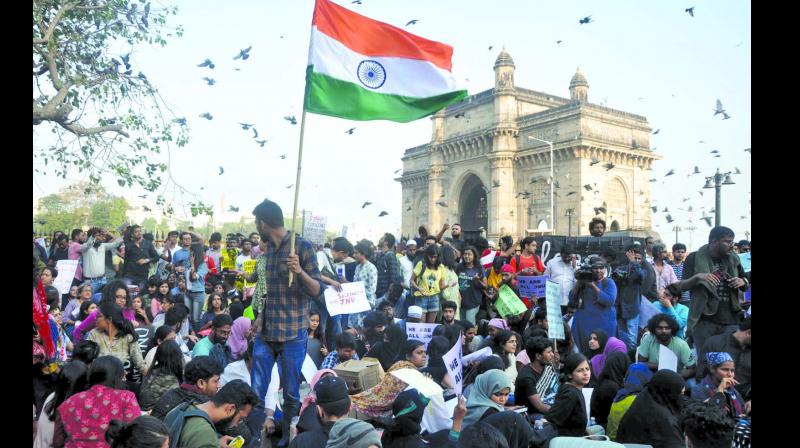 Youths at the Gateway of India to condemn the Jawaharlal Nehru University attack.

A division bench of Ju-stices S.C. Dharmadhikari and R.I. Chagla made this remark while hearing a petition filed by the NGO Wecom Trust on whether Shivaji Park at Dadar is a playground or a recreation ground. The petitioner argued that the ground should not be permitted for any activity other than sports.

The court said that if the government feels that the ground can be used for activities other than sports, why should it interfere. People cannot expect the courts to function as watchmen, it said.

“Nowadays, members of civil society have started assembling and protesting peacefully, and they have realised that this makes their voice stronger,” Just-ice Dharmadhikari said.

“The younger generation is teaching us that. All the seniors should understand that,” the Judge said. Several students and activists gathered at the Gateway of India in south Mumbai from Sunday night to protest the violence that erupted inside the JNU campus in Delhi.