Officer said there was no law and order situation nor any attempt to block services. 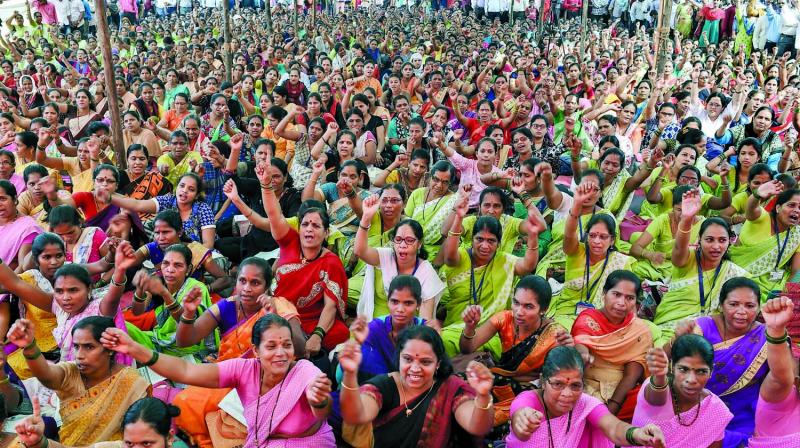 Mumbai: Transport services in Mumbai remained unaffected on Wednesday by the nationwide strike called by ten central trade unions to protest against the government’s ‘anti-people’ policies. Trade unions took out ‘relay’ processions from different parts of Mumbai and other districts in the state. Demonstrations were held all day to protest against the government’s policies on privatisation.

Suburban trains, which are called as the “lifeline of Mumbai” with a ridership of more than 75 lakh commuters per day, public buses, taxis and autorickshaws were running normally in the island city and suburbs. The security in the entire city was heightened to keep a tab on any untoward incident.

“There was no law and order situation anywhere nor there was any attempt to block any services in Mumbai. Things operated as any routine day,” said a police officer.

The transport services and businesses also operated normally in neighbouring Thane and Navi Mumbai, officials said. Authorities stated that buses were running as per schedule. Trade unions INTUC, AITUC, HMS, CITU, AIUTUC, TUCC, SEWA, AICCTU, LPF, UTUC along with various sectoral independent federations and associations had adopted a declaration in September last year to go on the nationwide strike on January 8. The trade Unions had claimed around 25 crore people would be participating in the strike to protest against the government’s “anti-people” policies.

Areas with a Muslim majority such as Nagpada, Madanpura, Mohammed Ali Road and Mumbra in Thane district witnessed
a shutdown since Wednesday morning.

Residents of these areas willingly participated in the strike to express their dissatisfaction with government policies such as the CAA and NRC. There was one incident where a government bus was stopped by a mob for a few minutes before letting it continue its journey.

The call for all India shut down was given on Tuesday. The CCTV cameras were being monitored and police were kept on an alert, officials said.

Similarly, film and TV shoots remained unaffected despite the strike. The Federation of Western India Cine Employees (FWICE) said all its members were at work as usual and nothing was hampered. It however failed to evoke much response in Maharashtra.