Illegal canteen cause of fire at ESIC Hospital: MFB

The MFB report stated that the hospital had an illegal canteen on the ground floor, which stored 20 LPG cylinders. 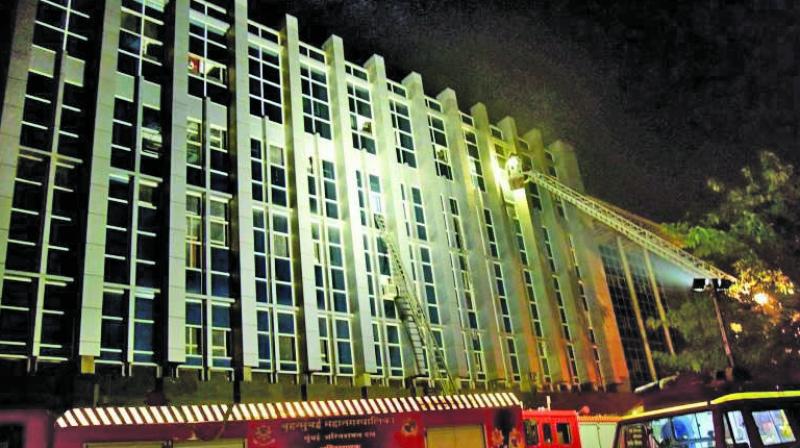 Mumbai: The Mumbai Fire Brigade (MFB) in its investigation report said that the Employees State Insurance Corporation’s (ESIC’s) Kamgar Hospital, where a fire broke out on December 17 killing 11 people, had an illegal canteen that was a fire hazard.

Chief fire officer P. Rahangdale, said, “We have conducted the complete inspection of the hospital and during the investigation, found that the canteen was the main cause of the blaze at ESIC Kamgar Hospital.”

“I received the enquiry report of the fire incident at the ESIC Kamgar Hospital. The hospital comes under the purview of the Maharashtra Industrial Development Corporation (MIDC). A fire had broken out in the building on December 17, 2018, in which 11 were killed, including two children," he said.

The MFB report stated that the hospital had an illegal canteen on the ground floor, which stored 20 LPG cylinders. The report further read that this was highly objectionable from a fire risk and life safety point of view.

The Brihanmumbai Municipal Corporation (BMC) failed to verify whether the ESIC Kamgar Hospital was fire compliant or not since the building comes under the MIDC’s jurisdiction. The MFB has directed the MIDC fire brigade to take stern action against the hospital authorities and verify if it had the necessary fire compliance and occupation certificates or not.

Deputy chief fire officer of the MIDC fire brigade, M.V. Ogale, said, “I don’t know what the report is because I have not read it. We have conducted the inspections and already provided our inputs to the local police station. Investigation is on from their side and once it is completed, necessary action will be taken against the hospital.”