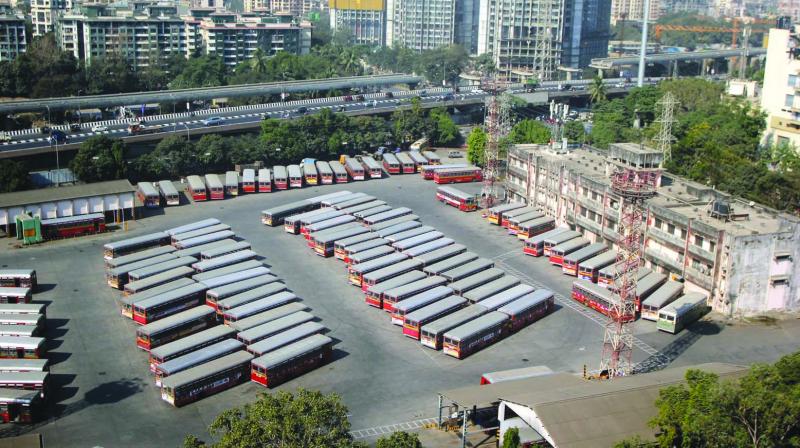 Mumbai: The Brihanmumbai Electricity Supply and Transport employees (BEST) went on an indefinite strike since Monday midnight, leading to hardship to 25 lakh commuters. Amid this, a meeting proved to be unsuccessful between the Union leaders and the BEST administration to resolve the issue at BMC headquarter on Tuesday. Followed by this, a second round of the meeting was held at BEST Bhavan, which was also inconclusive.

Meanwhile, BEST Kamgar Sena, a unit of the Shiv Sena, has taken away its support from the strike and said that its members would ply the buses with security from Wednesday wee hours.

Speaking with The Asian Age, Suhas Samant, president of BEST Kamgar Sena said, “Around 7,000 bus workers and conductors will ply 500 buses from Wednesday morning as BEST workers Union does not want our support and the Union leaders have stated that they don’t want us to participate in the meeting.”

The third meeting was held at BMC without Shashank Rao, general secretary of BEST workers Union. Mr Rao said, “The strike will continue on Wednesday. Those who wish to withdraw their support can do so. But it will not affect the ongoing strike.”

The BEST Sanyukta Kamgar Kruti Samiti (BSKKS), a joint action committee of labour unions, is demanding higher-grade pay for employees recruited since 2007 onwards, resume compassionate appointments and start deliberations on new wage agreement that was supposed to come into effect from April 2016. Besides this, the demand for a bonus equivalent to BMC staffers, merger of the BEST budget with the budget of BMC is their main demand.

Speaking with the reporters at BEST Bhavan on Tuesday, Surendra Kumar Bagade, general manager of BEST said that the Union should first call off the strike. We are ready to discuss the issues after that.

He also said that the strike is illegal and if the BEST employees would not report on the duty a notice will be served under the Maharashtra Essential Services Maintenance Act (MESMA) to the staffs and strict action would be initiated against them. “We are hopeful that the bus will ply on the road from Wednesday,” he said.

The BEST officials said unidentified persons ransacked 10 buses in different depots during the night, but no untoward incident was reported since morning.

MSRTC spokesperson Abhijit Bhosale said that 55 buses in Mumbai have been plied to ferry the passengers. Five buses ferried commuters from Kurla West to Bandra, another five from Kurla to Chembur, five from Dadar to Mantralaya, five from Panvel to Mantralaya and five other buses from Chhatrapati Shivaji Maharaj Terminus (CSMT) to Mantralaya. Fifteen state buses were operated for office-goers from Thane to Mantralaya.

25-year-old Pooja Patwa, a marketing executive in BKC, said that she has reached an hour late to her office. "I was waiting for a bus at Sion but the bus did not come so I decided to go by an auto rickshaw which took Rs 200 for my office. Generally, I pay Rs 15 for bus ticket from Sion to Bandra (my office). It was horrible day. The auto rickshaw have also overcharged me," Patwa added.