Meanwhile, the maximum temperature recorded on Monday was 27.9 degree Celsius. 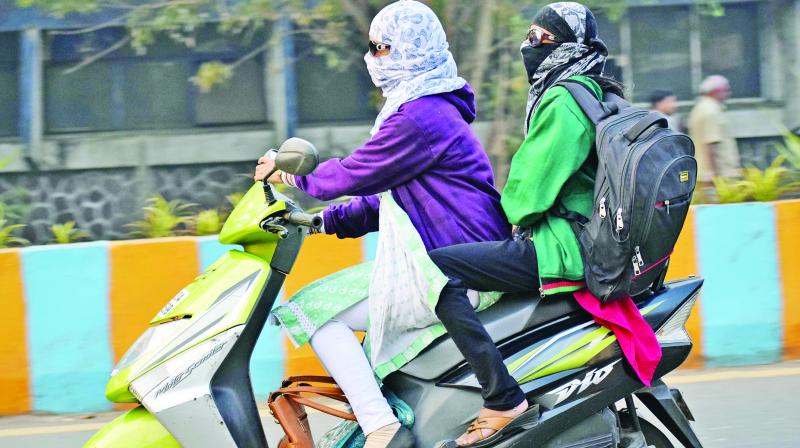 People in warm clothes on Monday.

The good news is that strong wind movement has led to an improvement in the city's air with the Air Quality Index (AQI) recorded as 171 by System of Air Quality and Weather Forecasting and Research (SAFAR). As such, Mumbai's air quality has turned from "poor" last week to "moderate" as of now.

Meanwhile, dipping mercury levels have resulted in at least 50 to 60 patients turning up at the out-patient department (OPD) of civic hospitals with complaints of breathlessness, coughing, sneezing, tightness in the chest, allergy and asthma, dean of KEM Hospital and director of major civic-run hospitals, Dr AvinashSupe, told The Asian Age. "Most of the hospitals have seen a 20 per cent rise in patients seeking treatment for respiratory and cardiac issues," he added.

Dr Om Shrivastav, infectious diseases expert, said, "If patients show any symptoms of viral fever or respiratory problems, they should immediately seek treatment at a hospital instead of resorting to self-medication. Excessive air pollution is related to respiratory diseases such as bronchitis and asthma. In such weather conditions, cases of bronchitis are likely to increase in the city, primarily due to temperature fluctuations."