Traffic woman constable who took on goon gets Rs 10,000 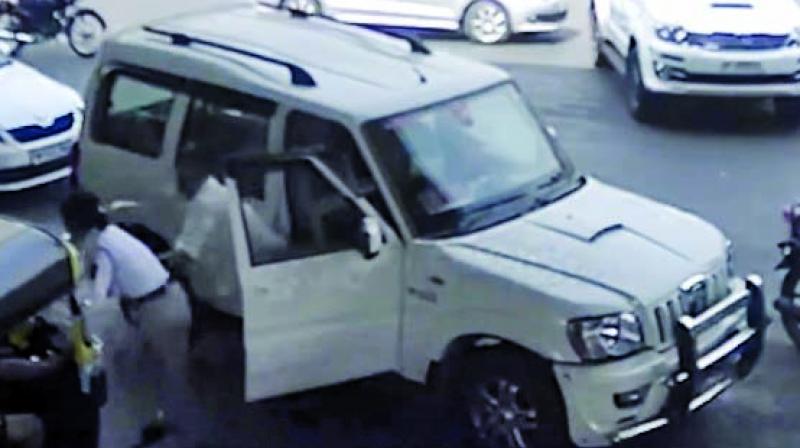 Mumbai: The act of defiance by a Thane traffic woman constable, Seema Kale, against a traffic violator who had turned violent, has spurred the department into introducing a scheme to reward such displays of courage by officers in the line of duty.

The department recently awarded Ms Kale with a cash prize of Rs 10,000. The constable had stood tall in the midst of alleged threats and punches from a car driver, a Shiv Sena party worker, after she pulled  him up for violating traffic rules. A statement issued later by the Thane traffic DCP, Sandip Palve, described the car driver as being more powerful than the constable. He had beaten her but she didn’t allow him to flout the rules, the statement said.

Mr Palve started this initiative to award traffic constables for their courage to fight against the rule violators. According to the circular, a Shiv Sanik, Shashikant Kalgude, had assaulted Ms Kale. Few months ago, while Ms Kale was on duty under the Eastern Express Highway flyover near Nitin Junction, she first gestured at Kalgude to stop his vehicle for using cell-phone while driving and jumping signal, but he tried to dodge her until she stood in front of his SUV to stop him.

When the constable asked him to show his driving licence and the vehicle’s documents, Kalgude started abusing her and beating her badly. The circular issued by Traffic DCP mentioned that the police salutes the courage of woman constable for fighting back against the man who assaulted her, and bravely making complaint against him and charging him a fine.

Mr Palve said, “We have awarded constable Seema for her bravery so everyone gets motivated to take up cases and not step back to avoid such situations.”