The governor said he is passionate about the language and hence he gave a shot at speaking it. 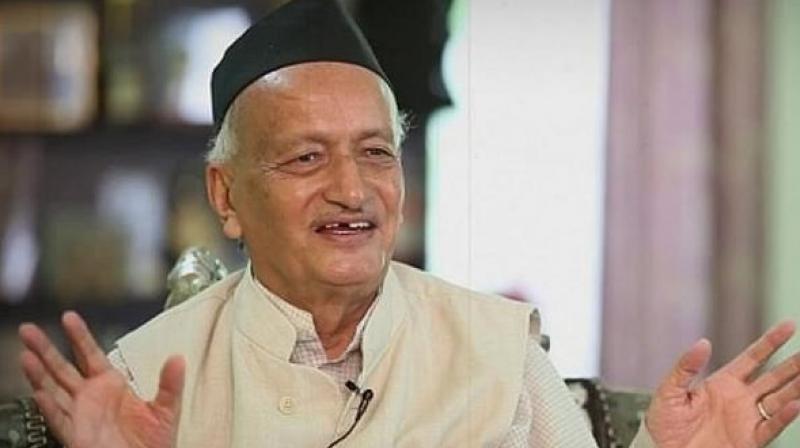 Mumbai: “Hindi will eventually become the national language of the country without any formal imposition,” said governor Bhagat Singh Koshyari on Saturday.

Home minister Amit Shah’s plans calling for Hindi as the common language for India had recently courted controversy. The southern states had categorically rejected the idea, saying it is a plan to impose Hindi over regional languages. However, Mr Koshyari has a different take on this.

“There are no plans to impose Hindi. But, it’s only a matter of time before Hindi becomes the national language in the natural course even without its imposition. The language is penetrating all spheres of society. Even the southern states are getting familiar with the language,” he said.

“The reach of Hindi is far greater than other languages. Even in surrounding countries like Pakistan, Bangladesh and Nepal, Hindi is widely spoken,” said Mr Koshyari.

The soft-spoken politician from Uttarakhand was surrounded by controversy after he administered the oath to Devendra Fadnavis as a chief minister on December 23.

He, however, won many hearts by giving a speech in Marathi in a joint sitting of the State Legislature.

Generally, the governor reads the speech in English. But, Koshiyari surprised everyone by reading the speech in Marathi. All the legislators, especially CM Uddhav Thackeray, could not hide this pleasant surprise and seemed happy.

“I do not know how to speak the Marathi language, but I do understand its essence. After coming here (Maharashtra), I have started reading Marathi newspapers,” Mr Koshyari said speaking exclusively to The Asian Age.

The governor said he is passionate about the language and hence he gave a shot at speaking it.

“I had sought drafts of my speech in Hindi and English as well. But after going through them, I thought it is better to speak in Marathi. Of course, it helped me a lot that Marathi has the same script as that of Hindi,” he said.

Apart from Hindi, Mr Koshyari, an avid lover of languages, knows languages like Sanskrit, Bangla and Nepali. He also has a working knowledge of Urdu and German languages.

The septuagenarian feels that it is paramount for the governor to understand the local culture and language of the state, where he has been appointed. “It gives you an added advantage to comprehend the local issues,” he said.