The Bharatiya Janata Party (BJP) is holding region-wise review meetings to get to the bottom of its defeat in Maharashtra. 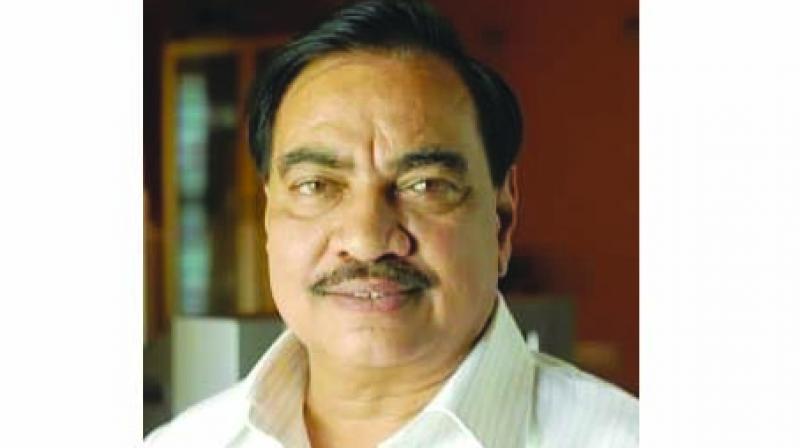 Mumbai: In a veiled threat to the party leadership, senior BJP leader Eknath Khadse Saturday said that he would look at other options if his “humiliation” continued.

He also said that he had submitted “proof” of an internal sabotage responsible for his daughter Rohini Khadse’s defeat to BJP state president Chandrakant Patil.

Rohini was among the party candidates from northern Maharashtra to have lost the Assembly elections.

Mr Khadse said that he was prepared to disclose the “proof” in public but was bound by party discipline. “I am not God. I am a human being and I have emotions. I don't want to leave the party for whose growth I worked hard for more than four decades. I am still ready to work for the party. But If I continue to face the humiliation, I will have to think differently,” he said.

The BJP is holding  region-wise review meetings to get to the bottom of its defeat in  Maharashtra. The party’s core committee meeting was held in Jalgaon Saturday.

Mr Patil was present at the meeting and so were party leaders from Jalgaon, Dhule, Nandurbar, Nashik and Ahmednagar.

Although it looked like Mr Khadse would not attend the meeting, he did so along with Rohini and daughter-in-law, Raksha Khadse. Not only did he attend the meeting but also submitted audio-video proof of wrongdoing responsible for his daughter’s defeat.

Mr Khadse said, “I have submitted all proofs for the defeat of my daughter Rohini Khadse in the meeting and have demanded action against the responsible leaders.”

Mr Patil, who is a first-time MLA from Kothrud, said that the party would take action against those who had worked against it.