Sellers get 4 months to junk plastic 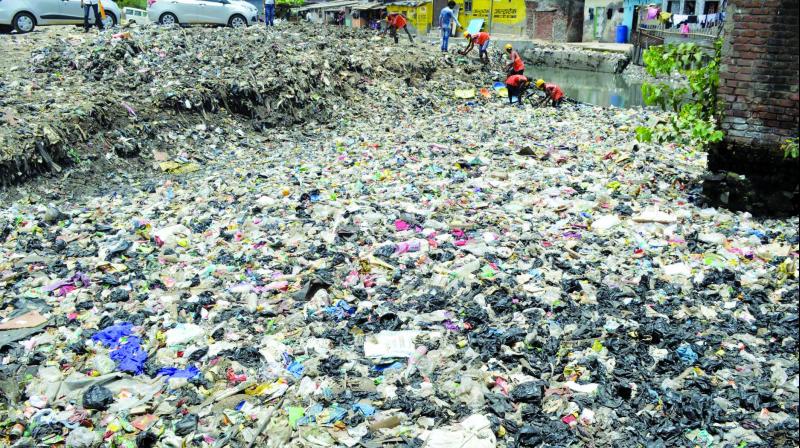 Around 700 metric tonnes of plastic waste is generated daily in the city.

Mumbai: While the state government is all set to introduce its anti -plastic policy in March next year, officials from the state environment cell stated that the shopkeepers will get three months to arrange alternatives for plastic bags in their shops. A public notice on the awareness and regulations regarding plastic ban will be soon issued. For a stricter implementation of the policy, the state government is going to set deadline of Gudi Padwa in March 2018 for the shopkeepers to replace plastic bags with cotton or paper bags in the market.

In the aftermath of Mumbai floods in 2005, the state government has directed a ban on plastic bags below 50 microns. However due to lack of awareness it could be not implemented effectively.

"We are at the stage of creating awareness among consumers and shopkeepers. For the ban, we are starting with the plastic bags and eventually plastic bottles too. The shopkeepers will also be given a deadline till Gudi Padwa to arrange cloth or paper bags for providing things," said S. Sandanshiv, scientific officer- II, state environment cell (SEC). "Meanwhile, shopkeepers can approach agencies that manufacture non-plastic bags," he added.

The state government is currently in talks with several stakeholders on the measures to be taken to ban plastic bags effectively and suggest alternatives like cotton bags, jute bags, and paper bags. The state environment department will also be regulating norms to check upon the plastic production from manufacturers.

"We are currently in mapping out plans to reach out to corporates, NGOs and self-help groups to invest in manufacture of alternative carry bags. Women groups will also be made part of this campaign to produce cotton and jute bags," said P. Anbalagan, Member Secreatry, Maharashtra Pollution Control Board.