Farmers have been seen burning down their entire crop as it is of no use anymore. 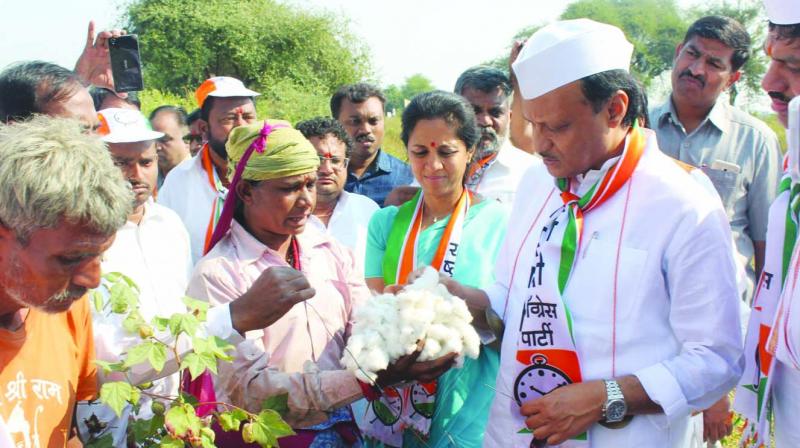 Mumbai: With nearly 70 per cent of the cotton crop having gone to waste in Vidarbha due to pink bollworm, the NCP has demanded Rs 25,000 per hectare for such farmers. The NCP will hold a “Halla Bol” yatra that will pass through three districts of Vidarbha. This will also be one of the main points of discussion in the winter session of the legislative assembly to begin in Nagpur on Monday.

Pink bollworm has been one of the most sensitive issues in Vidarbha for the past one-and-a-half months. According to an estimate by Vasantrao Naik Shetkari Swavalamban Mission, a government body for welfare of farmers, nearly 70 per cent of the cotton crop has gone to waste due to the disease. Farmers have been seen burning down their entire crop as it is of no use anymore.

On Wednesday, the Maharashtra cabinet asked its officers to initiate a panchnama and consider farmers who lost their crop eligible for compensation. Two weeks earlier, NCP chief Sharad Pawar reached out to farmers and raised concern of the situation. He also met chief minister Devendra Fadnavis for helping these farmers. After the state government accepted the problem, the NCP demanded compensation of up to Rs 25,000 per hectare. Opposition leader Dhananjay Munde put forth the demand on Thursday. NCP has called the “Halla Bol” yatra in three districts of the cotton-growing region i.e. Yavatmal, Wardha and Nagpur to try and build pressure on the state government.