The civic body is not lagging behind in the campaign of making the city free from plastic bags. 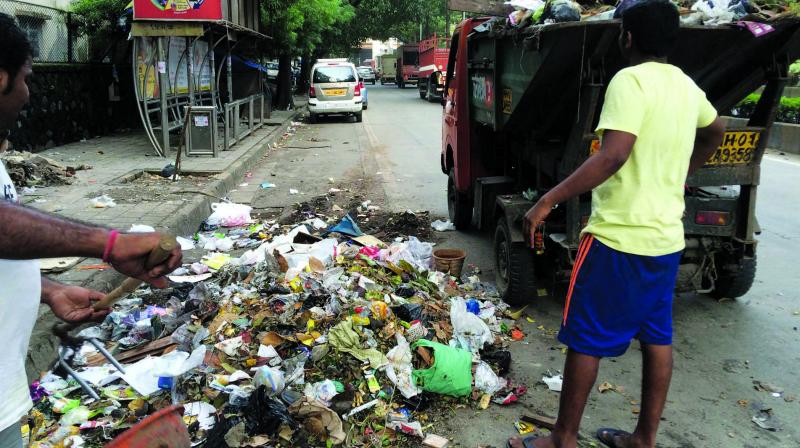 File picture of waste near a housing society.

Mumbai: Housing societies have rendered full support to the anti-plastic policy. The societies will be creating awareness on their premises and also among shopkeepers in their vicinity.

The chairman of Mumbai Societies Welfare Association (MSWA), an umbrella body of housing socities, Mr Ramesh Prabu said, “We have been requesting the civic authorities for a ban on plastic bags, we hope it is implemented effectively.

The civic body is not lagging behind in the campaign of making the city free from plastic bags.

Earlier in November, the Brihanmumbai Municipal Corporation (BMC) had conducted anti plastic drive in line with the Swachh Bharat Abhiyan in markets of Dadar, Vile Parle and other areas to educate vendors and shopkeepers about abandoning the plastic bags.