Metros   Mumbai  08 Dec 2017  Harbour line to be extended to Goregaon by end of month
Metros, Mumbai

Harbour line to be extended to Goregaon by end of month

The connection will bring huge relief to commuters who had to otherwise switch from Andheri. 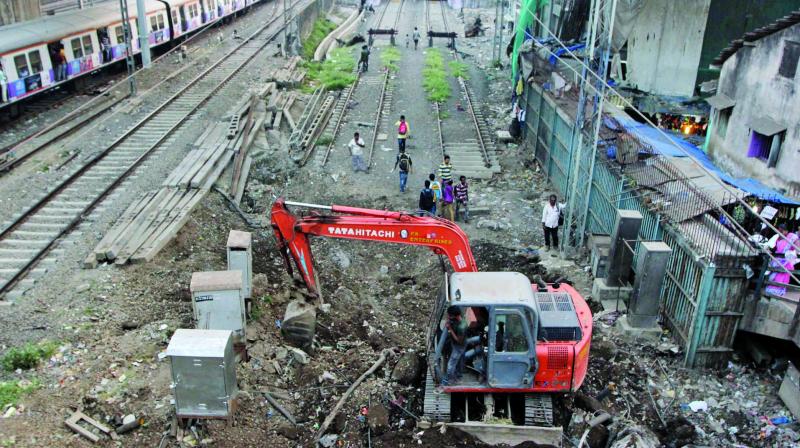 Mumbai: You can now switch to harbour line from Goregaon instead of Andheri as the harbour line will get extended from Andheri to Goregaon by the end of December, said officials. The work is almost complete, and people will now be able to travel from Chhatrapati Shivaji Maharaj Terminus  (CSMT) or Panvel to Goregaon.

The line was supposed to be started in March 2017, and that too after a five-year delay,
however executing authority, Mumbai Rail Vikas Corporation (MRVC) was unable to do so with land acquisition running into multiple problems.

An official from MRVC said, “The work is almost completed and what work remains is almost next to nil. We plan to run trains by December 31. We were facing issues with a bar and a small watch shop that were falling on the line alignment.”

A level crossing (LC) gate was shut down in October to get the line functional and thereby reduce time taken for the line to reach Borivali. The connection will bring huge relief to commuters who had to otherwise switch from Andheri. Currently, harbour commuters who want to go to Jogeshwari or Ram Mandir have to get down at Andheri and make the switch. Similarly, those who want to travel to Borivali find it hard to find place.

Confirming the plan, MRVC chief managing director Prabhat Sahai said, “We are trying our best to start the line by December 31. We hope that commuters who travel on the line find relief as a result.”

The line in total cost the railway Rs 103 crore.