CR, Google app offers virtual tour of CSMT at the tap of your finger

The Arts and Culture app can be accessed for other heritage structures as well. 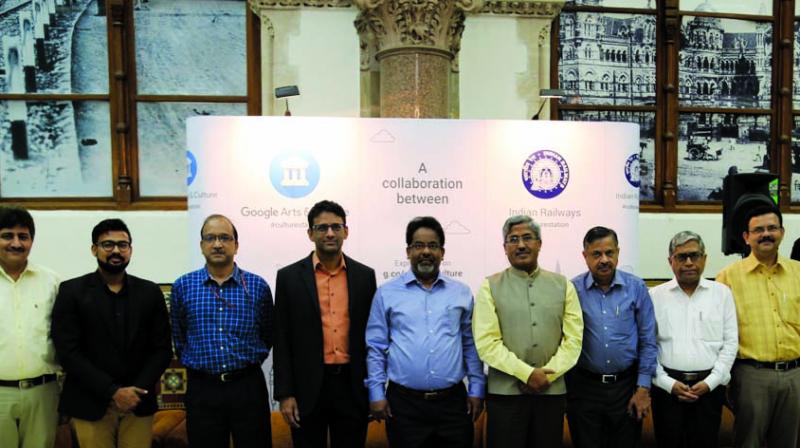 Mumbai: Ever thought of sauntering into the ornate corridors and grand staircase of the magnificent Chhatrapati Shivaji Maharaj Terminus (CSMT)?

Well, now Central Railway and Google have tied up to give you a virtual tour of CSMT, a World Heritage Site. As part of the tie up, LCD screens will be put up at the CSMT. The much-awaited Google’s Arts and Culture app will give you the virtual tour.

Similar virtual tour facilities were earlier launched for other heritage structures like the Red Fort at New Delhi and the Taj Mahal at Agra. However, a virtual peek-a-boo at the sacred Mumtaz’s mausoleum is still prohibited.

Officials feel the tie-up will place the Gothic structure on a global platform. “People will learn about the intricacies of the heritage CSMT building through the virtual tour. Many people around the world who have interest in heritage structures and the relics of the railways know about the building.”

D.K. Sharma, general manager, Central Railway said that the Google Arts & Culture app has enabled them to bring people closer to the rich heritage of the Indian Railways.

“It has opened up our heritage to millions and millions of daily commuters and long-distance travellers. It enables them to explore India’s cultural heritage, its beauty and treasures.

The Arts and Culture app can be accessed for other heritage structures as well.

It gives the user the feeling of being right there inside the heritage building.

The new Google app offers details of the heritage museum house, the first engineering plan of the first railway track laid in Mumbai and the first train ride that took place between CSMT and Thane in April 1853.