BMC to attend all trash complaints within 12 hours

The civic body has formed a 24x7 control room at its Worli Engineering Hub. 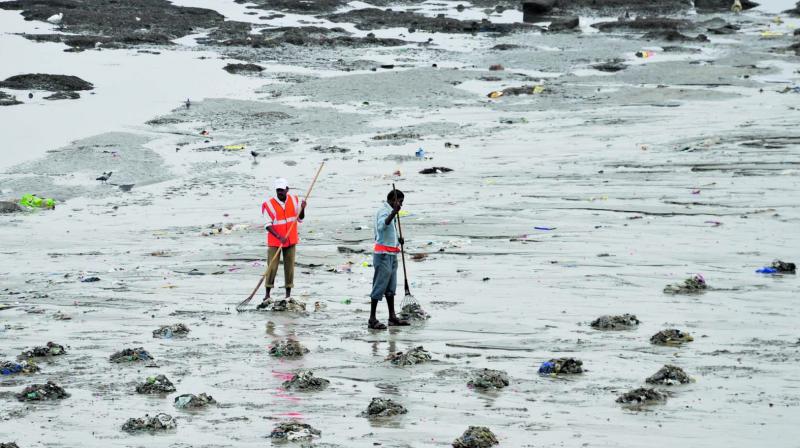 Mumbai: To improve Mumbai's standing in Swacch Bharat Abhiyan, the Brihanmumbai Municipal Corporation (BMC) has started vigorous efforts. The civic body has formed a 24x7 control room at its Worli Engineering Hub to resolve Mumbaikars' complaints about cleanliness within 12 hours.

The BMC has also decided to seek a public feedback on cleanliness by holding a survey in the city. During the survey, representatives of BMC-appointed agency will meet Mumbaikars to seek their opinion and reactions about cleanliness in the city. They will also guide people about how to register their complaint on cleanliness thruogh the mobile app.

"We will hold a public survey to know about people's expectations and suggestions on cleanliness in the city. For this, 25 representatives of an agency appointed by the BMC will meet people at crowded public places. To resolve people complaints on cleanliness, the BMC has opened a 24x7 control room," said additional municipal commissioner Vijay Singhal.