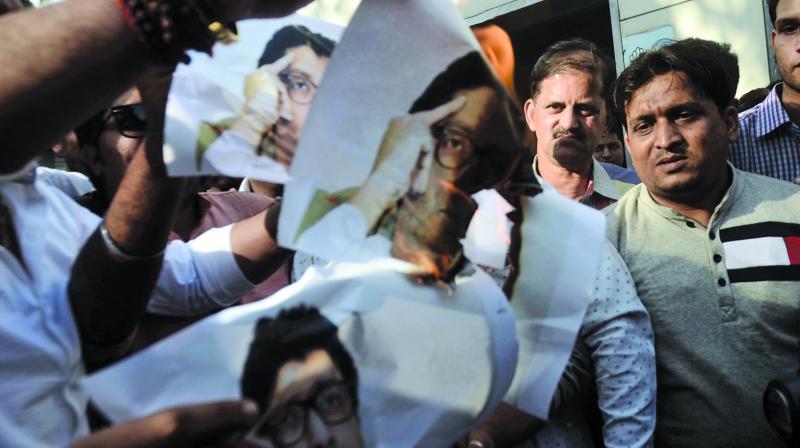 Mumbai: A Mumbai sessions court on Thursday granted bail to eight workers of the Maharashtra Navnirman Sena (MNS) who vandalised the Mumbai Congress office at CST last Friday. The court directed them to pay Rs 15,000 as bail amount and directed them to visit Azad Maidan police station once a week.

Advocate Rajendra Shirodkar, who appeared for the MNS workers, argued that neither the state government nor BMC was doing anything to evict illegal hawkers from railway premises as well as the city. Therefore, MNS workers had agitated in the interest of the public. He further argued that all sections slapped against the accused were bailable, except section 452 of the IPC, which pertains to trespassing. He submitted that the court can impose condition and grant relief to the accused.

Mr Deshpande on the same day tweeted and took responsibility for the incident. The police after seeing CCTV footage and the tweet, applied charges of rioting, trespass and damage to property against the accused. Now, all eight accused have been sent to Arthur Road jail for 14 days.

The tussle between the MNS and Sanjay Nirupam began after the latter came out in support of the hawkers.