The commission has recovered the recorded tape of controversial conversation from private news channel that had aired it for first time. 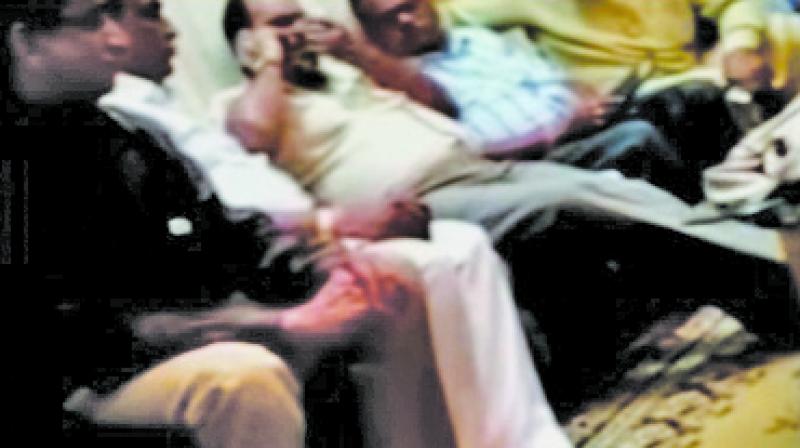 The controversial video shows the minister speaking with an election officer, instructing him to reject the nomination of Congress candidate Mr Motwani.

Mumbai: Dissatisfied with the answer filed by minister for dairy and animal husbandry Mahadev Jankar over his controversial statement caught on video in which he was allegedly trying to influence an election officer, the state election commission has sought a detailed report from the Gadchiroli collector.

Mr Jankar has claimed he did not bring pressure over an election officer and that his statement, which went viral on social media, was misinterpreted. Mr Jankar had told the election officer to cancel the Congress candidate’s nomination and keep his nomination as an Independent in the Walasa Municipal Council poll. The state election commission had issued a notice to Mr Jankar on Monday seeking his reply within 24 hours over the controversial video.

Mr Jankar filed his reply on Wednesday to the commissioner’s office through his lawyer. In his reply, Mr Jankar stated he had neither threatened nor brought pressure over the officer. “The video that was viral on media was not complete and my statement was misinterpreted,” claimed Mr Jankar. He said, “I was speaking with my lawyer and not with the election officer,” he added.

Asked what was the meaning of his statement, Mr Jankar accused the electronic media of spreading “half truths” and said it had not shown the complete video. “I have given written answer to the state election commission and now it’s up to the commission,” he said.

However, the EC is dissatisfied with Mr Jankar’s reply and has asked the Gadchiroli collector to submit a detailed report. The commission has also recovered the recorded tape of the controversial conversation from the private news channel that had aired it for the first time.

The controversial video shows the minister speaking with an election officer, instructing him to reject the nomination of Congress candidate Mr Motwani. Congress had filed a complaint against the minister with the state election commission.