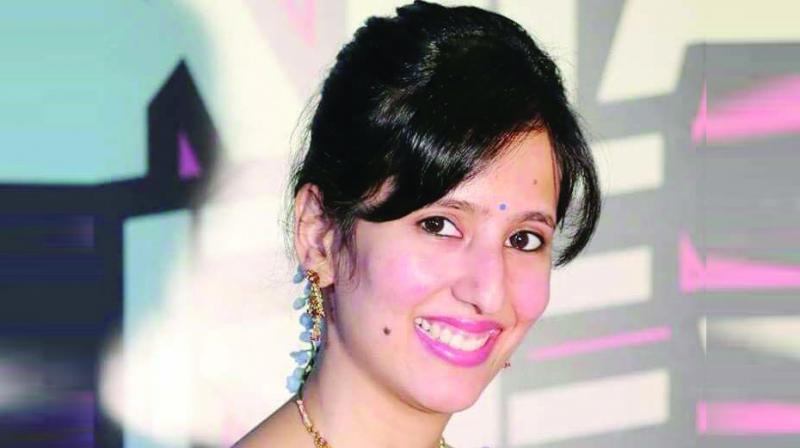 Mumbai: The police found the body of a Hyderabad-based 27-year-old professional trekker, Rachita Gupta Kanodia, who went missing after venturing to Raigad to explore the Prabalgad hill fort eight days ago. According to the police, Kanodia had apparently reached the hill’s summit, which is 2,100 metres from the ground. Kanodia is suspected to have slipped from the peak subsequently and her body fell 600 metres below, from where it was recovered on Tuesday night. Experts also suspect air pressure might have played a part in her death.

According to the police, her body was located after her mobile phone’s location was tracked. They added that on November 26, the day she began her trek up the hill fort, Kanodia had sent her location via her phone to her husband Amit Kanodia, who is a senior executive with a private firm.

The hill fort is located between Matheran and Panvel and is a popular trekking destination. Kanodia’s father — Sandan Gupta — who rushed to Mumbai for his daughter, collapsed after he saw the dead body, according to the police. Prabalgad is located 15 km from Panvel. Kanodia had visited this place two months earlier with her friends and decided to visit again alone on November 25. Her bag and water bottle were found near the body.

Panvel gramin police PSI S. Bhoj said, “The Hyderabad police along with Kanodia’s family members came to Panvel after they traced her last location to Panvel. We immediately alerted our local NGO, Nisarag Mitra, which comprises trekkers and tribals, who are well acquainted with the area. We searched for three days, and on Tuesday, after searching continuously for eight hours, we found her bag, water bottle and finally the body. She had climbed the highest peak.”

Her brother, Rahul Gupta, who came to search for her, said, “She was a hardcore sportsperson since her childhood. This was the second trek that she went for alone. She left home on November 25, saying she was going for a trek in Maharashtra and would return on the 29th.”

The police said that Kanodia’s family and friends started looking for her after she failed to return home. They then filed a missing complaint. Police officers then interrogated a taxi driver who had picked her up from Mumbai airport, and he gave clues about what her plans were.