The Thane police claimed that the TMC was informed about the illegalities and some residents also lodged complaints about the same. 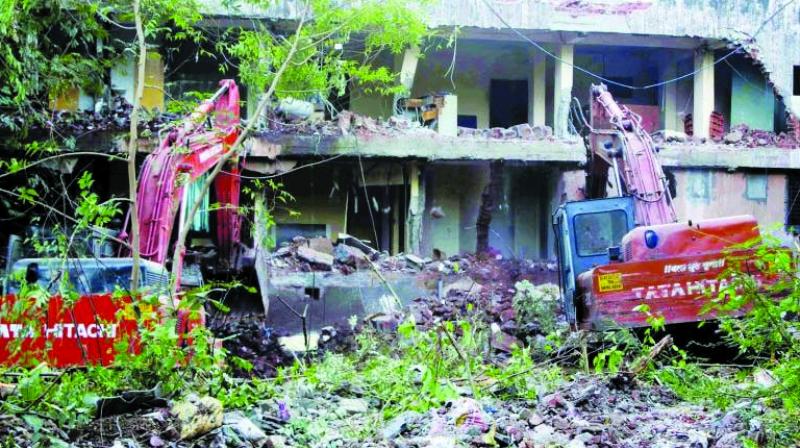 Mumbai: Amid allegations that the Thane Municipal Corporation (TMC) turned a blind eye to illegal activities related to Satyam Lodge — where 274 hidden rooms were recently found by civic authorities — the civic body has set up an inquiry committee headed by assistant commissioner Sunil Chavhan.

The TMC will verify if the police had informed it about these activities in the past, whether or not locals and civic officers had complained about the same, and, if yes, why no action was taken. The TMC recently began demolishing the lodge where they discovered unauthorised rooms that were allegedly being utilised for prostitution.

The Asian Age reported on Tuesday that the local police was about to cancel the lodge’s licence a year ago after three cases under the Prevention of Immoral Trafficking Act India (PITA) were filed against it in 2014-15 but it did not, as a government order said the move can be undertaken only by the TMC.

The Thane police claimed that the TMC was informed about the illegalities and some residents also lodged complaints about the same, to which the TMC’s deputy commissioner Sandip Malvi said the body had started an inquiry in this matter to find out who is responsible and why the facts were hidden for so long.  Mr Malvi said, “First, we have to get the letter sent by the Thane police. We will soon take action against the culprits behind the illegal constructions.”

Residents of Upvan said they had complained to the police and TMC officials over the years via letters and phone calls but no action was taken.  A resident of Mislavadi residential society, Nirmal Shah, said, “We have been staying here for several years, and we’ve been seeing the hotel expand in the last few years. But there aren’t 270 rooms. The hotel is so close to our house that whenever the police used to raid it and customers would flee from the rear, we could clearly see who they were. It’s not just the police but also TMC officials and politicians, who are involved in this matter. Else, they would have taken action much earlier.”

A senior police inspector of the Vartak Nagar police station was shunted out to the control room on Monday for his “casual approach” towards the illegal activities going on in the area including at Satyam Lodge.