With an objective to maintain cleanliness at public toilets across Mumbai, BMC has started installing rating machines at these places. 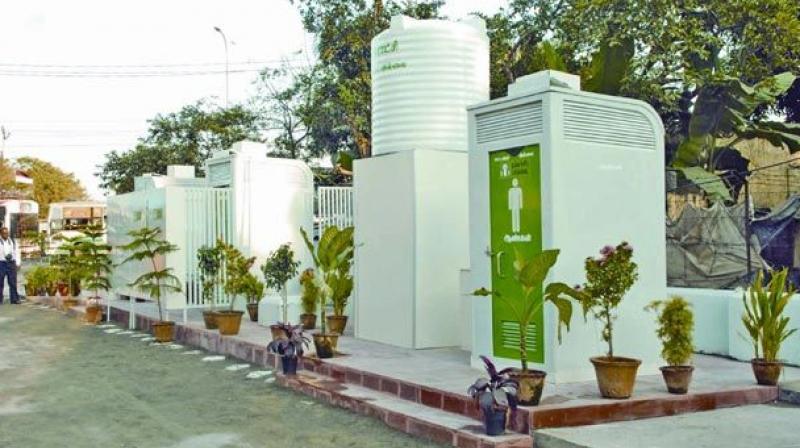 The green button would denote the toilet is clean, yellow would mean it is OK, while the red would indicate the lavatory is unclean. (Photo: Representational Image)

Mumbai: People using public toilets in Mumbai can now rate the lavatories for cleanliness in a move initiated by the Brihanmumbai Municipal Corporation (BMC).

With an objective to maintain cleanliness at public toilets across the metropolis, BMC has started installing rating machines at these places, said a senior civic official on Friday.

The machines have three buttons, green, yellow and red which the toiler users can press to register their opinion about hygiene level existing there, he said.

The green button would denote the toilet is clean, yellow would mean it is OK, while the red would indicate the lavatory is unclean, said the official.

Assistant Municipal Commissioner (Solid Waste Management) Kiran Dighavkar said, "Initially, we have installed these rating machines at 50 pay and use toilets at different locations across the city. The remaining toilets will be covered soon."

The civic administration has handed over these toilets to various private operators as well as communities for operation and maintenance. Over time, the civic body has been flooded with complaints about unhygienic conditions prevailing at these public conveniences.

If, at a particular toilet, most of the users press the red button, we will take over the right of maintenance from the existing operator and hand it over to someone else, Dighavkar said.

He said the rating process would be monitored by the civic staff. "There is a possibility an operator, instead of an user, would press the green button to escape scrutiny. This is why we are going to keep a close watch on the red button and even if it is pressed by only a few people, we will move to take necessary action.

Dighavkar said the installation cost of each rating machine is Rs 6,000 which is being borne by the civic body.