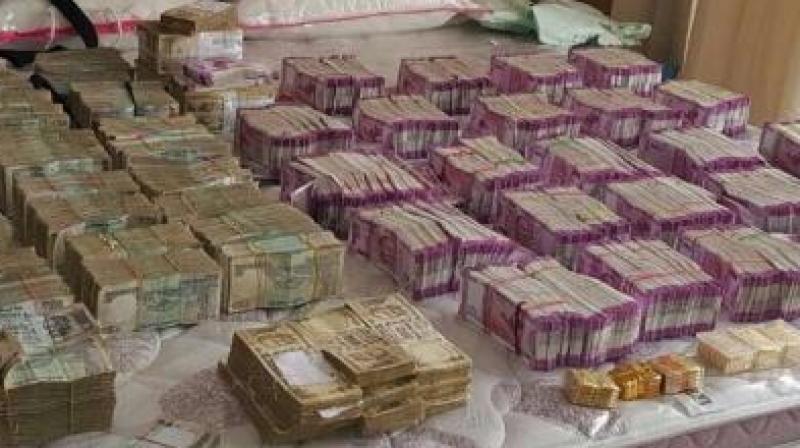 Each of the 60-odd employees of the business acquaintance had queued up at multiple branches of different banks to exchange over-the-counter the scrapped currencies for legal tenders, according to the source.

Mumbai: The income tax (I-T) department’s Mumbai unit recently seized Rs 80 lakh in new high-denomination currency notes from a city-based caterer, who now faces an assessment proceeding in which he will have to explain the source of the money.

The department probe revealed that the caterer allegedly took help of one of his business acquaintances’ employees to exchange allegedly unaccounted old notes belonging to his clients via a simple and innovative method in violation of rules, said a department source. Each of the 60-odd employees of the business acquaintance had queued up at multiple branches of different banks to exchange over-the-counter the scrapped currencies for legal tenders, according to the source. The modus operandi adopted in the transaction was aimed to evade the rules, said the source.

After the Centre demonetised notes of Rs 500 and Rs 1,000 on November 8, the Reserve Bank of India had allowed each citizen to exchange only Rs 4,500 in old notes in legal tender at banks. The exchange limit was later reduced to Rs 2,000 on November 18, while it was discontinued at banks from November 24, on suspicions that certain unscrupulous elements were using the option related to exchange of old notes to legalise unaccounted cash by using the gullible.

“After the demonetisation, those with unaccounted wealth were looking at two options to save their stacks of Rs 500 and Rs 1,000 notes. They could have exchanged them with legal tender by using contacts at banks,” said the source. “Or, they could have used gullible persons, either working with them or who were ready to do a favour for some money, to stand in queues at multiple branches of different banks to exchange old notes for new notes daily. This is what the businessman, who is under the scanner, did,” said the source.

The Centre had demonetised Rs 500 and Rs 1,000 notes to neutralise unaccounted cash, fake Indian currencies and the finances of organised criminal gangs, terror and naxal groups. The I-T department has found undisclosed income worth Rs 2,000 crores during nationwide raids and searches that also yielded Rs 130 crores in cash and jewellery after the Centre’s demonetisation decision about a month ago.