Congress leader Prithviraj Chavan alleged that demonetisation decision was political and was taken eyeing the UP and Punjab polls. 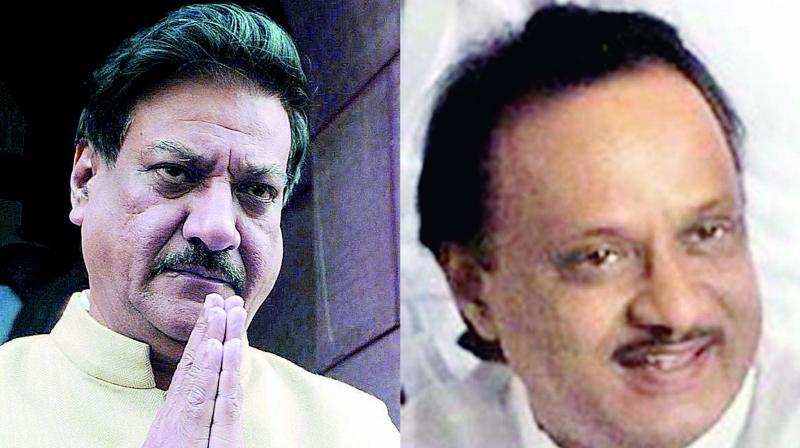 Nagpur: Chief minister Devendra Fadnavis on Wednesday said that his government is going to push for a cashless economy by taking various measures like introducing mobile wallets and appointing volunteers to teach people about the cashless economy. While speaking in the Assembly, the CM said the state should take this as an opportunity to go cashless.

However, the Congress and Nationalist Congress Party (NCP) questioned the implementation of demonetisation and claimed it is badly affecting people and the cashless economy has been forced onto them without proper infrastructure. Congress leader Prithviraj Chavan also alleged that demonetisation decision was political and was taken eyeing the Uttar Pradesh and Punjab polls.

“We are taking this opportunity to become a cashless economy for the state. We have prepared a roadmap to make Maharashtra a cashless economy. We will be introducing Maha Wallet so that people can make transactions via cell phones. We are appointing 1,000 volunteers to teach people about cashless transactions and are providing PoS devices in every gram panchayat to have cashless transactions. The PoS would be installed at 30,000 Sangram Centres where people come for seeking various government certificates,” Mr Fadnavis said.

Mr Fadnavis refuted allegations by the Congress leader and said that the decision was not taken with an eye on the polls. “Modiji has made it clear that it is not for any election. It’s a revolution against corruption and black money, and the people are with us,” he added. Clearing doubts about the ownership of e-commerce website Paytm, Mr Fadnavis said it is owned by an Indian. “An Indian called Sharma has maximum shares in Paytm and Chinese company Ali Baba has a share of 4 per cent. Ten crore people are using it,” he said.

Claiming that the decision would help curb black money, Mr Fadnavis said Rs 11 lakh crore had already been deposited in the banks and Rs 3 lakh crore would follow. Earlier, Mr Chavan doubted the intention behind the decision and said the common man had suffered due to it. Ridiculing the government’s claim about creating a cashless economy in two months’ time, Mr Chavan asked why Union finance minister Arun Jaitley was holding Rs 67 lakh and defence minister Manohar Parrikar Rs 22 lakh in cash.

NCP leader Ajit Pawar asked the CM to use his political influence in Delhi and get approval for starting financial transaction in district co-operative banks. “Despite good rainfall, farmers have still not started sowing for the rabi season. They aren’t getting cash from banks. The CM should put pressure on the Centre and get permission for transactions in district banks,” he said.