The PM report states one or more persons could have raped the victim. 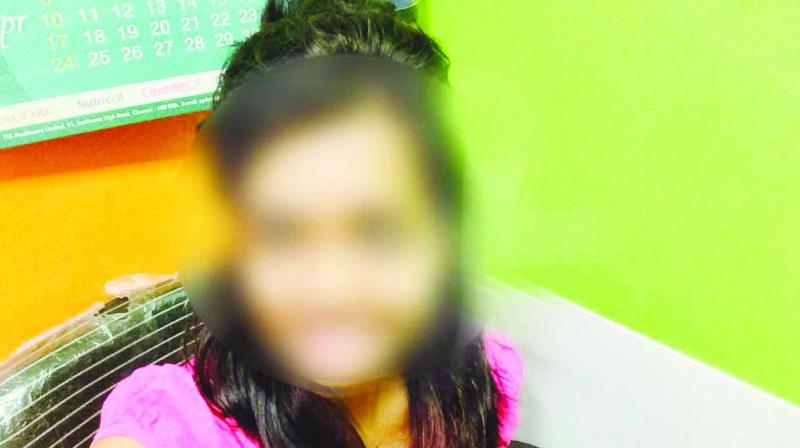 The victim’s naked body was found in her house at Vile Parle.

Mumbai: A day after a 25-year-old physiotherapist was found raped and murdered inside her house, the preliminary post-mortem report has termed it a case of “suspected gang-rape”. The PM report states one or more persons could have raped the victim.

According to a hospital source: “There has been brutal, forcible penetration. The veins in her private parts have been ruptured.” As part of the investigation, the Vile Parle police has put five persons including the deceased’s boyfriend, her childhood best friend (female), her sister, and her sister’s boyfriend under the scanner for clues on the culprit’s identity. The police is also grilling the alleged male friend of the victim’s mother who is their next-door neighbour.

The police on Monday night discovered the 25-year-old woman’s naked body in a Vile Parle chawl. A physiotherapist by profession, she stayed with her parents, younger sister, and grandmother who resided in a room on the ground floor opposite her first floor room. Recalling the scene of crime, an investigating officials told The Asian Age,

“The door to the victim’s room was latched from outside. The perpetrator had formed a pile of books and clothes, and kept it right next to the door before setting it ablaze. The victim’s body was lying around 15-feet away from the fire and the smoke had caused slight burns on the right side of her face.” The officer said that the victim had first been strangled using bare hands and then her jeans. The approximate time of the incident could have been 1.30 pm. Police suspect that more than one person could have carried out the act. “We are looking at the possibility of more than one perpetrator being involved. None of the neighbours heard anything or noticed any stranger leaving or entering the house,” the source said.

The Vile Parle police has filed a case against unidentified accused, booking them under sections 376 (rape), 377 (unnatural sex), and 302 (murder) of the Indian Penal Code. The police interrogated the victim’s boyfriend, who is a sound engineer. “He said that he was in the studio from 10 am on Monday till early Tuesday morning. We have been able to verify this but are questioning him further,” said an official.

Asked whether the victim was gang-raped, he refused to comment. “This information can be provided only by the doctors,” an investigating official said. Meanwhile, police on Wednesday started interrogating an alleged male friend of the victim’s mother who stays next to the victim’s building. “The man is allegedly the paramour of the victim’s mother. We are checking if was involved,” the official revealed.