49 per cent drop in Marathi-medium enrolments

The NGO gathered information from the civic education department through the Right to Information Act. 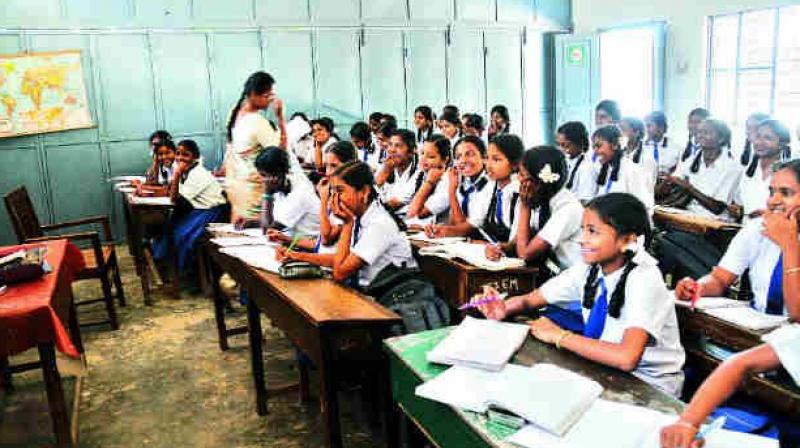 Mumbai: There has been a 49 per cent decrease in number of students enrolled in Marathi medium schools in the city from 2011-12 to 2015-16, according to non-government organisation Praja Foundation’s annual report on the state of education in civic-run schools released on Wednesday.

Milind Mhaske, project director, Praja Foundation, said, “Denial of the fact that class I enrolments have dropped by 45 per cent in the last seven years (from 2008-09 to 2015-16) and also the fact that for every one student getting a scholarship in Class VII in municipal schools, there are 134 students in private schools would mean that in the next ten years, we will see only a municipal education budget for teachers and the establishment but no students! Are we, the people of Mumbai, ready for this!”

BMC education committee member Shivnath Darade said, “Yes, there have been drop outs in Brihanmumbai Municipal Corporation  (BMC) schools. We are taking efforts but if parents are unwilling to send their children to the civic body’s schools, we cannot help it.”