Differences of opinions are there in all the parties. Everyone has his or her own set of ideas, local interests. 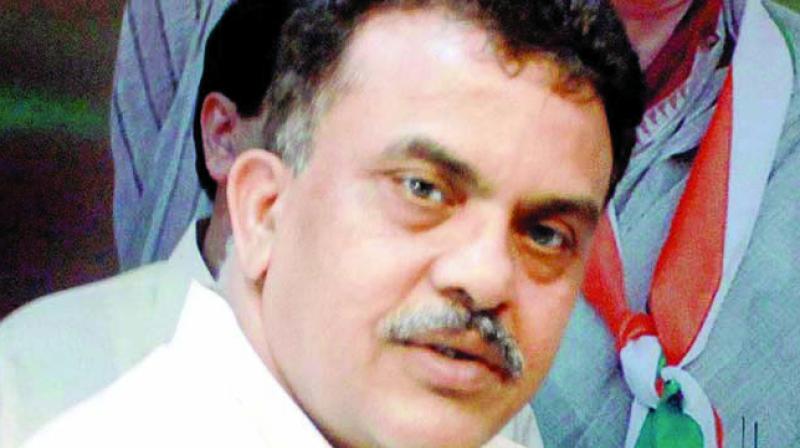 Mumbai: Former Mumbai Congress president Sanjay Nirupam has been in the news ever since he vowed not to campaign for the party in the upcoming state Assembly elections.

Mr Nirupam, who was a Member of Parliament from 2009 to 2014, is also considered to be a leader from the Rahul Gandhi camp. However, he claimed that ever since Mr Gandhi stepped down from the post of party president, some senior leaders in Delhi are making a deliberate efforts to sideline the leaders groomed by Mr Gandhi.

In an interview, he tells The Asian Age about the efforts he made to reconcile with other party leaders in Mumbai and how the grand old party is staring at its worst ever challenges in the city where it was formed in 1885.

What are the issues plaguing the Congress in Mumbai ?

Differences of opinions are there in all the parties. Everyone has his or her own set of ideas, local interests. Sometimes even ego clashes can lead to infighting. These things happen in all the parties. But there is always a leader who is expected to take responsibility, to take everyone into confidence and maintain unity in the larger interest of the party. That is no more happening in the party. It has been over six months since I stepped down from the post of Mumbai Congress president. Since then, we have had two presidents — earlier Milind Deora and now Eknath Gaikwad. I have not received a single call from either of them. They have not tried to involve me in any of the party initiatives. They want to run the city unit all alone. If this is how they think they will strengthen the party, good luck to them.

But there was infighting in the party even when you were leading it.

When I was the president of the Mumbai Congress, I tried to invite everybody for the party programmes. I used to call everybody, message everybody. But some people in the party had decided not to get involved in the party functions, as they looked at them as Sanjay Nirupam’s programmes. Subsequent-ly, they started campaigning against me. I was only doing the party’s work.

Urmila Matondkar contested the Lok Sabha election from the constituency where you had won in 2009 and lost in 2014. But soon after the elections, she quit the party and blamed your supporters for her decision.

I have publicly spoken in her favour. Urmilaji is a very nice lady; she is aggressive and articulate. She can be an asset for the Congress. When she announced her decision to quit the party, I felt that she should have reconsidered and I sent her a message saying that we should talk. But she did not even respond to my message. Therefore, it is a closed chapter for me now.

Today if one goes to the Mumbai Congress headquarters, it wears an almost deserted look. Seldom we find a leader or office bearer sitting there. Do you agree that the party’s city unit has become dormant?

The current state of affairs in the MRCC is unfortunate and the high command must intervene to address it. Party workers are demoralised and leaders are confused. I know a couple of leaders in Mumbai Congress who are just knocking at the doors of BJP or Shiv Sena. Then there are some people who are downright incompetent; they do not have any new ideas, imagination or creativity to rejuvenate the party. The party is going through a very bad phase. And to revive it, we have to work very hard. But it is a mater of fact that nobody is doing the hard work, nobody is interested in doing that.

So, who will revive the Mumbai Congress?

How many Assembly seats the Congress will win in Mumbai?

It is difficult to predict the number of seats the party will win given the current state of affairs in the party.