Western Railway to gauge number of people on FOB

CCTV footage of stampede to be compared to footage from any monsoon day. 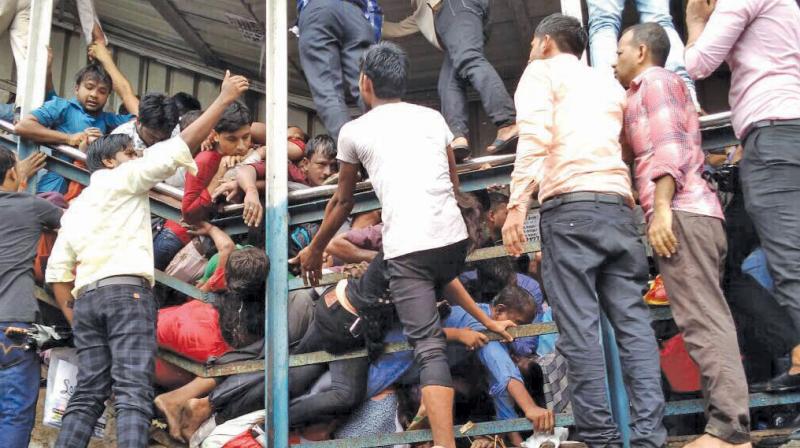 23 were killed after a stampede broke out on the Elphinstone Road station FOB on September 29.

The Western Railway (WR) has asked the Railway Police Force (RPF), who possesses the CCTV footage from the cameras that were placed on the stairs, to count the umbrellas.

It has been difficult for WR to ascertain the exact number of people on the Parel-Elphinstone FOB at the time of the incident. An officer from WR said, “We are only guessing at the number of people present on the FOB during the incident. We have not been able to gauge the exact number of individuals on the stairs, and whether the crowd was more than the usual number, say on any given monsoon day at Elphinstone.”  As a result of this ambiguity, officials are hoping that counting the number of umbrellas may do the trick. “Even if we get a rough idea of how many people were there on the bridge, it will also help us in deciding what the length and breadth of an FOB that would be needed to accommodate this kind of a crowd, especially during peak hours,” the official added.

The railway and RPF officials have estimated that around 9,000 people were present on the bridge as two to three trains had arrived in gaps of about three to four minutes on the line towards Churchgate and Virar. Meanwhile, the CCTV footage on the stairs is said to be quite disturbing in nature and has been kept under lock and key.