To tackle floods, the state government has directed local authorities to prohibit habitation and economic activities in floodplain zones. 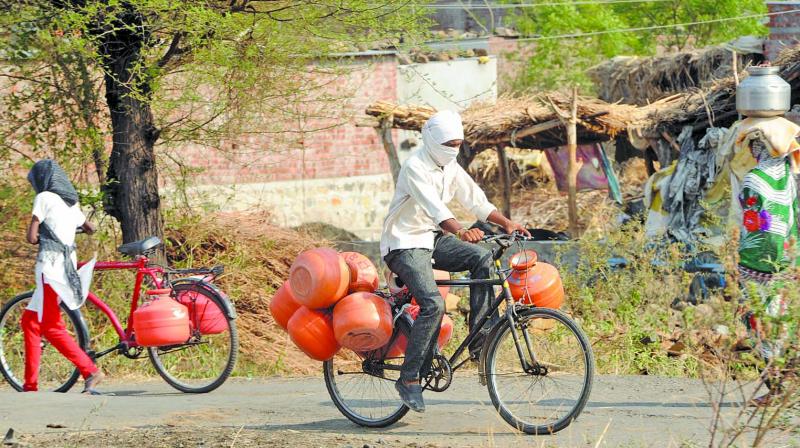 The state government would also be involving the corporate sector as part of their Corporate Social Responsibility activities.

Mumbai: Following the unprecedented rain pattern, which led to both drought and floods across Maharashtra, the state government has introduced a water policy to focus on mitigating droughts, encouraging groundwater recharge, and securing floodplains to tackle floods.

According to the ‘state water policy 2019’, the state government would also be involving the corporate sector as part of their Corporate Social Responsibility (CSR) activities. The policy states that the ‘Jalyukta Shivar Abhiyan’ program will be continued as a long-term drought mitigation measure, with the target of impacting 5,000 villages every year.

Moreover, ‘Gal Mukta Dharan’ and ‘Gal Yukta Shivar’ programs, which aim at restoring storage capacity of water bodies by de-silting and turning adjoining barren land fertile, will also be implemented with the convergence of CSR and community participation.

However, water experts have raised apprehensions stating that initiatives like Jalyukt Shivar should not be commercialised. “While the initiative is laudable, it is important that Jalyukt Shivar is carried out in scientific manner. Various communities have been carrying out the work with the help of NGOs and subject matter experts. Involving corporates could also lead to a potential conflict of interest too,” said Milind Murugkar, a noted water expert.

To tackle floods, the state government has directed local authorities to prohibit habitation and economic activities in floodplain zones. “Around seven percent of the state’s geography is flood-prone. The policy includes developing decision support system (DSS) for flood forecasting in flood-prone areas for site-specific issues. We would be alerting authorities and citizens through SMS and digital notifications in these areas,” said a senior official from water resources department.

“Emergency action plans/disaster management plans will be periodically reviewed and updated by involving people in flood prone area. To increase preparedness for sudden and unexpected flood related disasters, dam break analysis must be carried out, (sic)” read the policy.

For industrial water management, industries have been directed to recycle and reuse water, and follow a ‘Zero effluent’ policy under the MPCB’s monitoring.